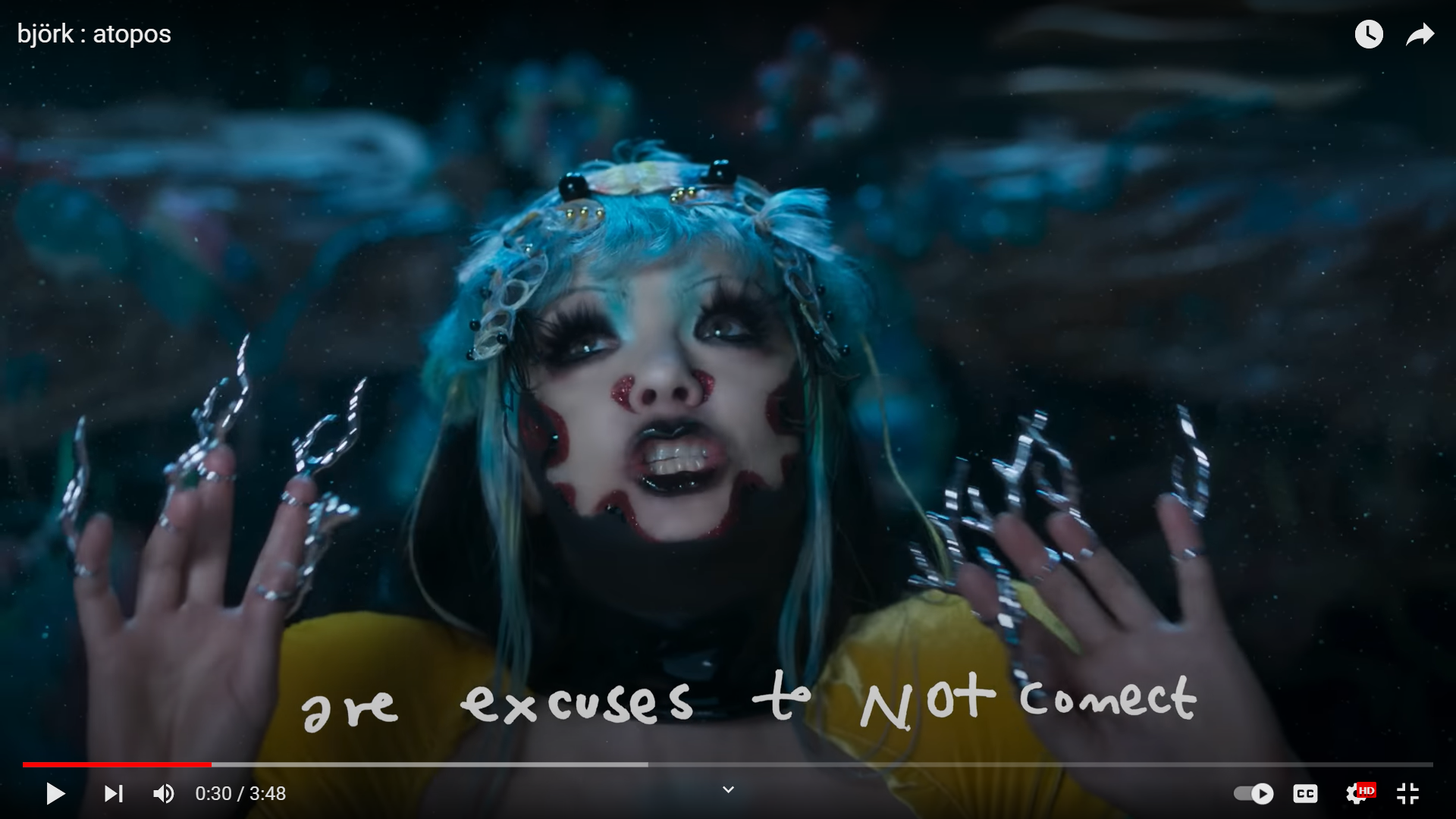 Undoubtedly, Megan Thee Stallion & Björk represent two sides of the cultural coin in the music they produce and their usual visual representations, but both ladies bring a high level of couture creativity, be it in latex, lingerie or plant dresses, to their new videos.

In the just dropped video for “Ungrateful” Megan, shows herself off in three distinct alluring wardrobe choices from a song she made in collaboration with Key Glock (who shows up later in the video wearing a cardigan with glittery embellishments and a long-bejeweled chain). First, we see her lying on a hotel room bed in alluring classic black lingerie of a sheer bra top with equally sheer panels, thong panty, and accessorizing with black pumps.

Megan leaves the room, walking down a hallway in a black velvet gown sporting wild white fringe at its hemline, with a see-thru black veil topping her head. The lady is heading to an outdoor funeral and meets mourners there standing in the rain under black umbrellas, setting herself off from the crowd wearing an extra wide brim white hat over a silky equally bright white slip of a dress.

From her upcoming 10th studio album, “Fossora,” Icelandic songwriter/singer Björk dropped the video for the song “Atopos” this week. Directed by Viðar Logi with Björk, the creative director, the viewer is thrown into a dark cave for this drum-heavy tune. Joined by bass clarinet players, DJ Kasimyn, we get Björk in 2 and ½ stunning looks…with what might actually be latex accents aplenty.

After a sweeping shot of her six musicians, there is a brief, tight shot from the ground of Björk walking away in shiny black chunky square heels, black fishnet calves, and what could very well be a black latex trench.

When we get into the fungus and mushrooms, pass over DJ Kasimyn, in his own like green and black suit, we see Björk in a multicolored long-sleeved dress, low cut with a wild neck collar and wig (more on this video’s wigs in a second). Later we get her in a Burberry lime green fur ensemble, accessorized with a face mask made Noir Kei Ninomiya,

The wigs here were provided by Tomihiro Kono, stunning, with otherworldly 3D nail artistry by Sojin Og, an originator of the waterdrop nail trend.

Two supremely talented performer/singer/songwriters gave us so much to enjoy this past week, take a gander that those videos.