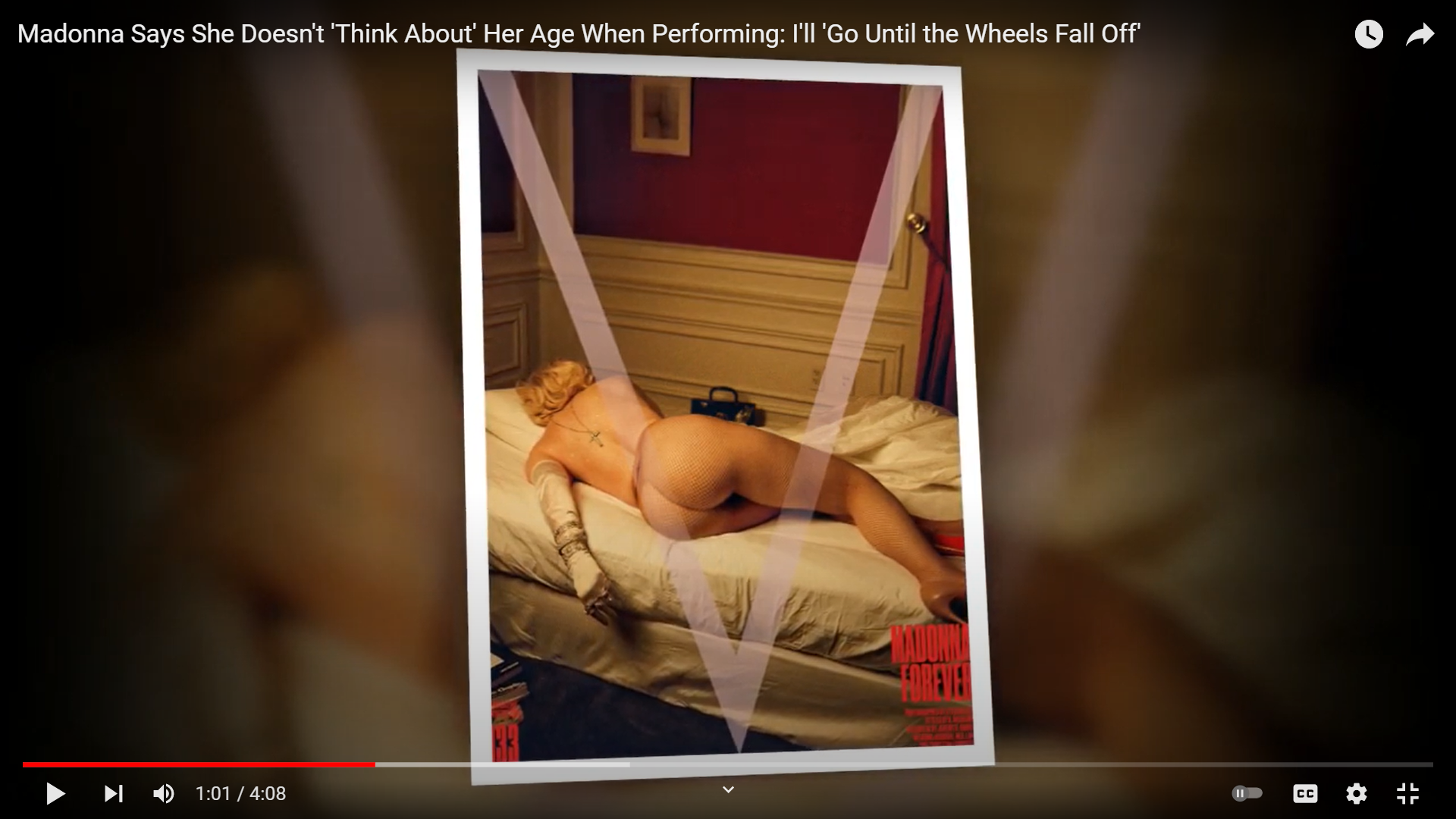 Beyond her many hits and iconic fashion statements in lace, corsets, and latex, we also know Madonna for the many times she has channeled Marilyn Monroe. The 63-year-old diva is doing so again across pictures on the cover and inside the latest issue of V Magazine for her “Madonna Forever” piece. And while Miss Madge and photographer Steven Klein claim they are paying homage to Bert Stern’s famous “The Last Sitting,” final photoshoot of Monroe, many critics are citing one picture/cover in particular for supposed bad taste.

Across the four covers Madonna shot for this issue, she poses in a fur coat, running a strand of pearls through her teeth in another, and also in one where she is licking a necklace. But it is one cover where she lays on an unmade bed, back to the camera, wearing just fishnets, diamonds, opera gloves, and Christian Louboutin stilettos, which many claim is a little too close to the infamous picture of Monroe on her deathbed post her suicide.

Steven Klein offered this in a press release about the photos:

“We were not interested in recreating the images exactly, but more importantly, we wanted to explore the relationship between photographer and subject. Both the friendship and the artistic process, and how art can imitate life and vice versa. When I sent Madonna the photos, she was really taken by the incandescent fragility of Marilyn at that moment in her life. We decided to find a hotel suite and try to capture the liaison between a star and the camera, the mystery, and magic of this creative collaboration.”

Indeed the infamous bed photo is just one of many inside the issue. Madonna poses beautifully in shots where she wears a stunning array of haute couture, from a fur stole, Agent Provocateur corset, and a body chain.

The V Magazine piece comes on the heels of the release of Madonna’s “Madame X” documentary and her appearance opening this year’s VMA’s.