It’s All About Gucci 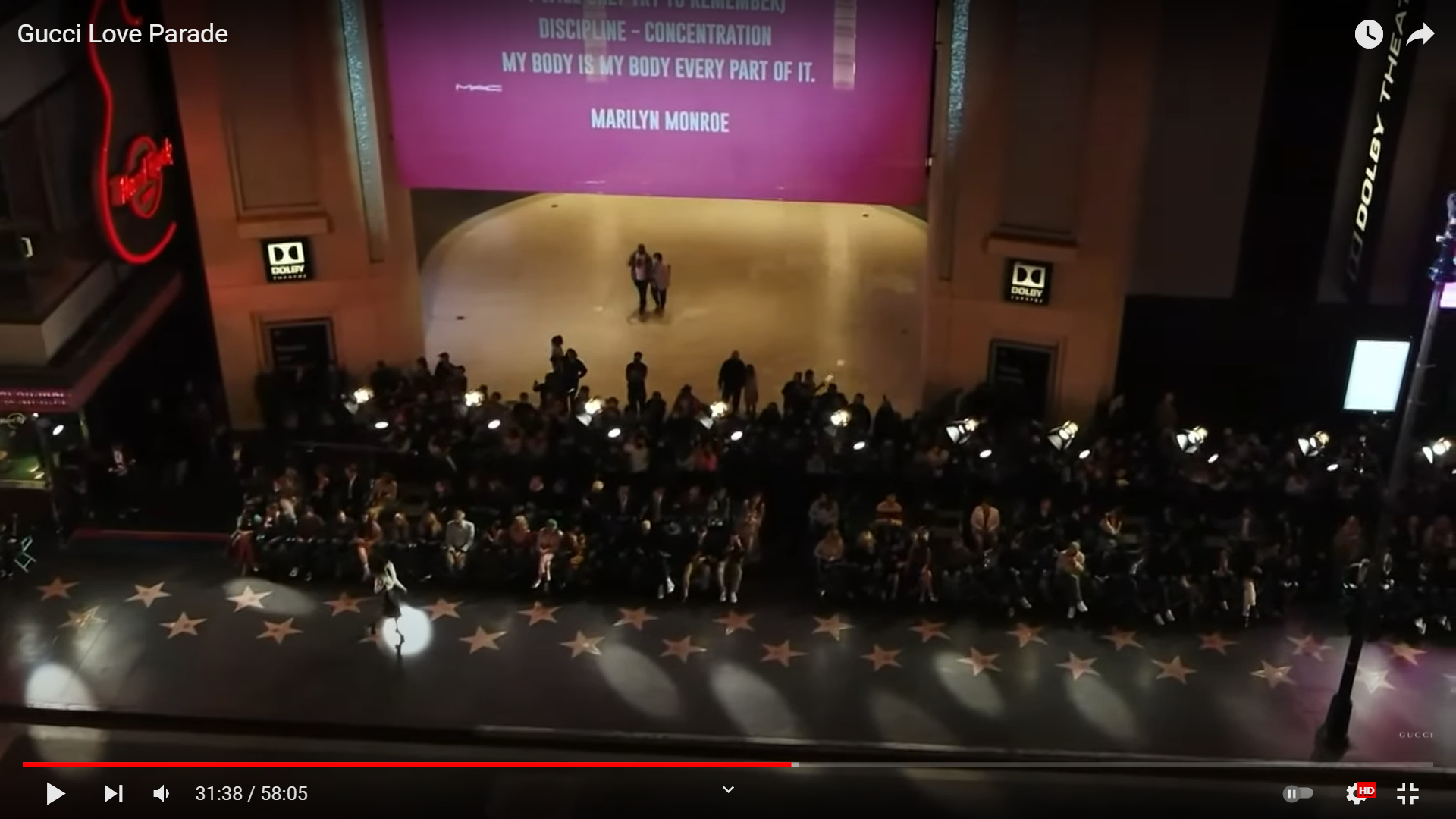 Broad-shouldered tailored jackets, an ‘adult toy’ necklace, skintight latex, and bright leggings are just some of what one was treated to as the Gucci Love Parade commandeered L.A.’s Hollywood Boulevard. Models strutted down the literal star-lined street, including actors like Macaulay Culkin and Jared Leto (who stars in the new House of Gucci) and music stars like St Vincent.

The love parade is just one of many celebrations the design house is holding for its 100 anniversary.

At the Gucci Garden in Florence, there is an interactive “Gucci Garden Archetypes,” new exhibition.

There is also a film featuring the Gucci Fall Winter 2021-2022 collections and a collaboration between Gucci and Balenciaga happening this year.

In these few weeks’ run-up to the premiere of the new Ridley Scott film, the aforementioned House of Gucci, scrumptious new trailers for the movie have been released. Showing off more of the actors. Al Pacino, Jared Leto, and most notably Lady Gaga playing Patrizia Reggiani, who contracted the murder of her husband, Maurizio Gucci, played in the film by Adam Driver.

And lastly, Miley Cyrus, collaborating with Gucci’s Alessandro Michele on the brand’s “Floral Gorgeous Gardenia Eau Perfume,” since the summer just recently flashed her ass-ets in a cheeky tribute to the brand. Topless, but with her back to the camera, leaning against a tree and thrusting her bottom to the lens, Cyrus wears a pair of monogrammed Gucci sheer black briefs. The singer actually went to Michele complaining she thought she was a “mistake” for the brand, but Gucci shouldered on with Cyrus for a winning combination.

Presently, certainly everything seems to be coming up Gucci.