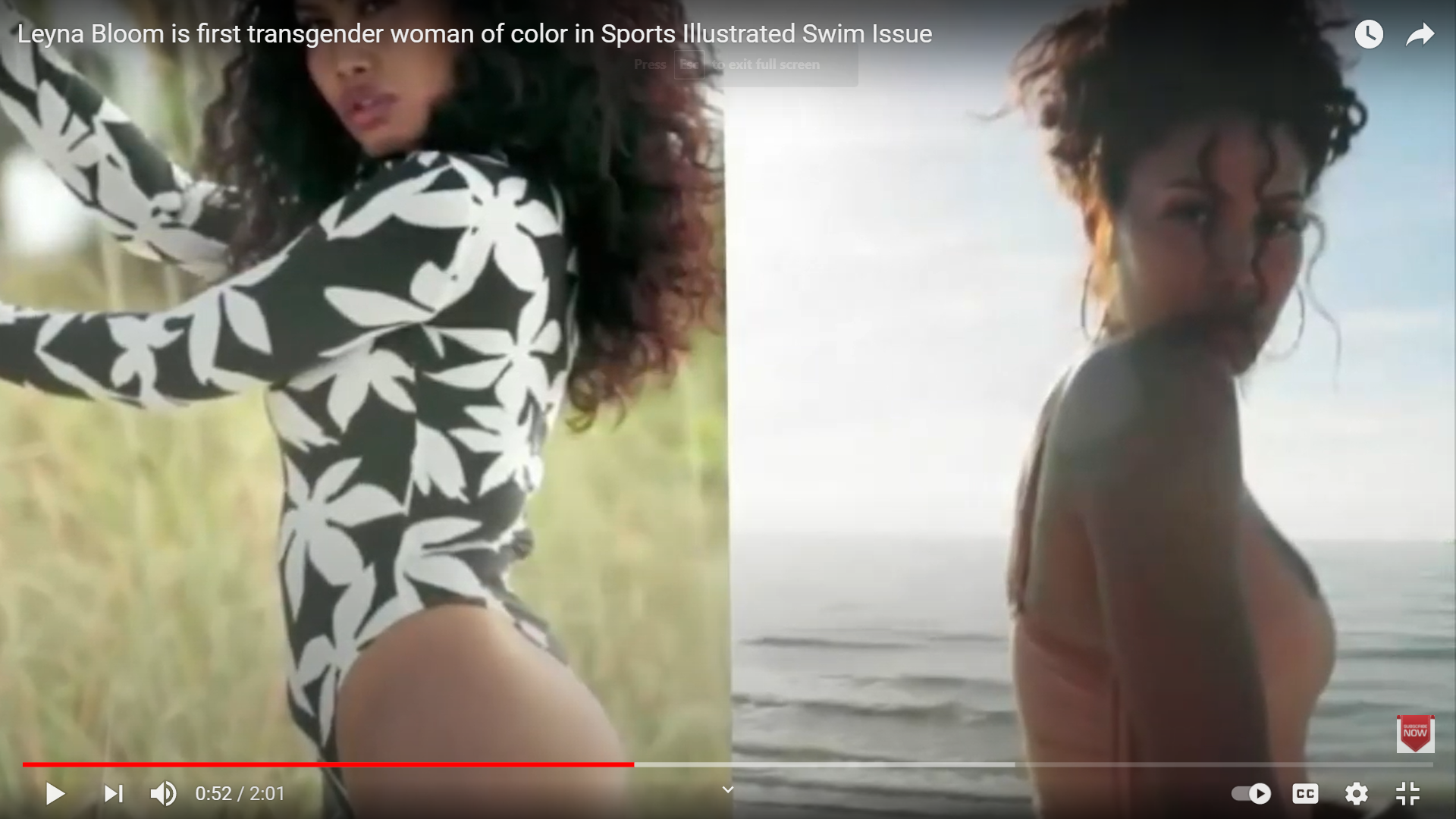 As to be expected, we love it when some latex outfit, or a cool piece of wardrobe makes a cultural statement. Whether being introduced in a new haute couture collection or worn on some performer’s body, almost daily we see, read and are delighted by some news about another alternative or sexy outfit sparking the zeitgeist worn by one of our brightest, best and most popular. Model/actress/dancer/activist, Lenya Bloom, made quite the statement this week, but not so much from an outfit she wore; Bloom is the first transgender woman of color to appear in the Sports Illustrated Swimsuit Edition.

Having walked the runway for Tommy Hilfiger, appearing in campaigns for Levi’s and H&M, and acting in films, Bloom is a busy lady indeed. And she seems to be making history across many media.

Via an interview in the New York Times, Bloom revealed that she told Sports Illustrated that she wouldn’t be shot in a bikini, no suit with ‘strings,’ no thongs and no nudity. Her pictures show her in fetching one-piece swimsuits (S. I. has been teasing with picture peeks and even some video: see here, most recently). And she captioned the Sport’s Illustrated image she revealed this week on her Instagram page: “Thank you @si_swimsuit for allowing me to showcase my heavenly form…This moment is bigger than my wildest infinite dreams.”