The Droogs & LeBron Are Jamming 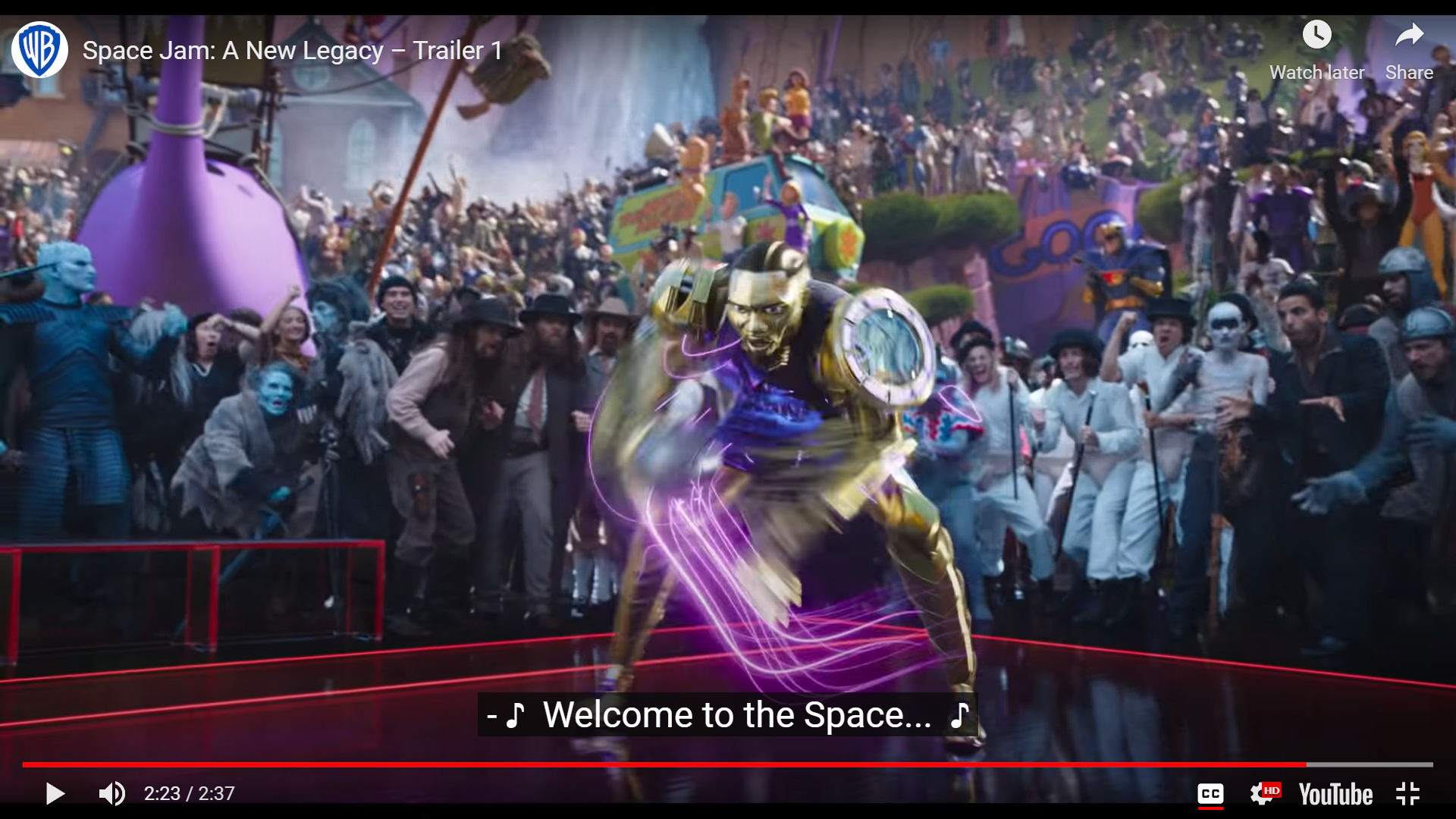 A codpiece, a knife hidden in a walking stick, some bowler hats, leather and lace accessorizing, and the smart swift addition of a fake eyelash; we all well remember, Alex and his Droogs from Stanley Kubrick’s A Clockwork Orange. It seems Alex and his team have stepped forward a bit, seen quite prominently as they are in the newly ‘dropped’ first trailer for the movie Space Jam: A New Legacy.

And so, the controversy continues…

The set-up here is that Warner Brothers has littered the clip with characters from their pantheon cheering the movie’s star LeBron James as he makes his way through the film’s live-action/CG. Yogi Bear, the young adult suburban detectives from Scooby-Doo, the Flintstones, and The Iron Giant (which LeBron turns into at one point in the film) can all be seen in the amazing color-popping, fast-cutting action. Alex and his Droogs can also be seen cheering from side court at what seems to be the big conclusion basketball game of the movie.

(Standing next to the Droogs are another rather rambunctious lot, the flying monkies from The Wizard of Oz).

It’s kind of fun running this clip over and over, trying to catch all the famous movie characters as they wiz by, but it’s been clear this week that not everyone takes to having such an “ultra-violence” grouping as Clockwork’s gang on hand in a kid’s movie. It was announced before this clip aired that French rapscallion Pepe Le Pew had been excised from the movie (he doesn’t seem to be in this trailer). His ‘ardent pursuit of female skunks was considered counter to the current considerations of such behavior. But there are The Droogs, who critics of the clip are pointing out got into a lot more mischief than Pepe could have ever even dreamed.

A sure sign of our times, even before this fantastically fantasy film has been released we are considering much more than movie costumes and the latest special effects.