Red Carpet Roundup: The People’s Choice Awards, the CMA’s, and the Latin Grammy’s. 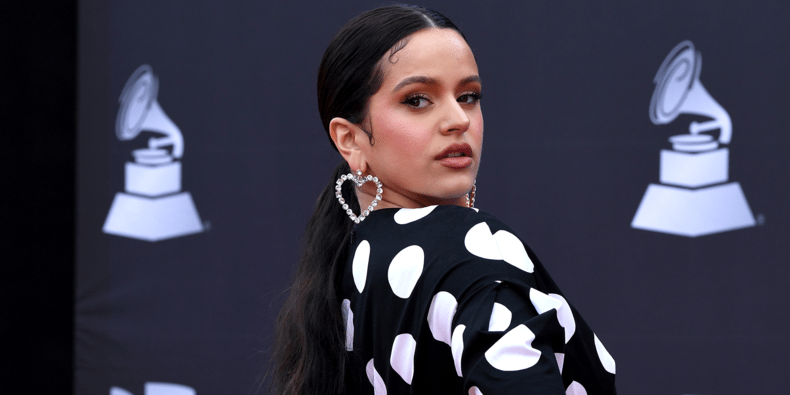 With not even a latex accessory in the bunch; still, we feel honor-bound to report on the haute couture seen at some of the popular awards shows televised last week. Here’s a brief wardrobe roundup from The People’s Choice Awards, the CMA’s, and the Latin Grammy’s.

The people populating The People’s Choice showcased a wide variety of styles. There were lots of bright colors and feathers: Kelsea Ballerini wore a two-piece pink fluffy top, and short mini, Anne Winters wore a bright orange dress with a fluffy tutu, and Tamera Mowry-Housley sported a big bow and feathers across her dress.

As is often her way, Kim Kardashian went for curve-hugging in animal print from Versace archives, with a striking metallic black. And in really the only slightly alternative style moment of this night, Stranger Things’ star Caleb McLaughlin wore a two-piece leather suit.

Trisha Yearwood wore a head-to-toe zebra print (to husband Garth Brooks all black), but Jennifer Nettles made the most alternative fashion statement of the night. Certainly, having lots happening with what she wore, she pantsuit and cape. She wore a jacket with a long back sporting a woman’s face and a female gender symbol on its backside, across its back were written the words “equal play”. And when Nettles opened the front folds of the red cape, it revealed another message: “Play our f*@#!g records please & thank you.” This women empowerment ensemble was designed by Christian Siriano, with art by Alice Mizrachi.

As Hola announced here (https://us.hola.com/fashion/gallery/2019111530077/latin-grammys-2019-fashion-trend-trains/1/), the most popular style trend at the Latin Grammy’s were women wearing trains. Mexican star Thalía’s striking red dress sported a hood, a sky-high slit, and a tulle train. Sofia Carson sported one of the longest trains of the night, with ruffles down it. And Anitta showed off a sparkly beaded skirt with a bright yellow bow ‘top’ that ended in a train.

But making the most news at the Latin Grammy’s was Chilean musician Mon Laferte. With all eyes on her walking this show’s red carpet in Las Vegas, Laferet stopped and opened her black jacket to reveal the word “En Chile torturan violan y matan” (“In Chile they torture, rape and kill.”) written across her bare chest. When this same lady won ‘Best Alternative Album’ for “Norma,” she expressed more feelings in a dedication to her home.

There was certainly lots to be seen on our stars at these three shows last week.