Kelly Clarkson Visits The Voice From The Future 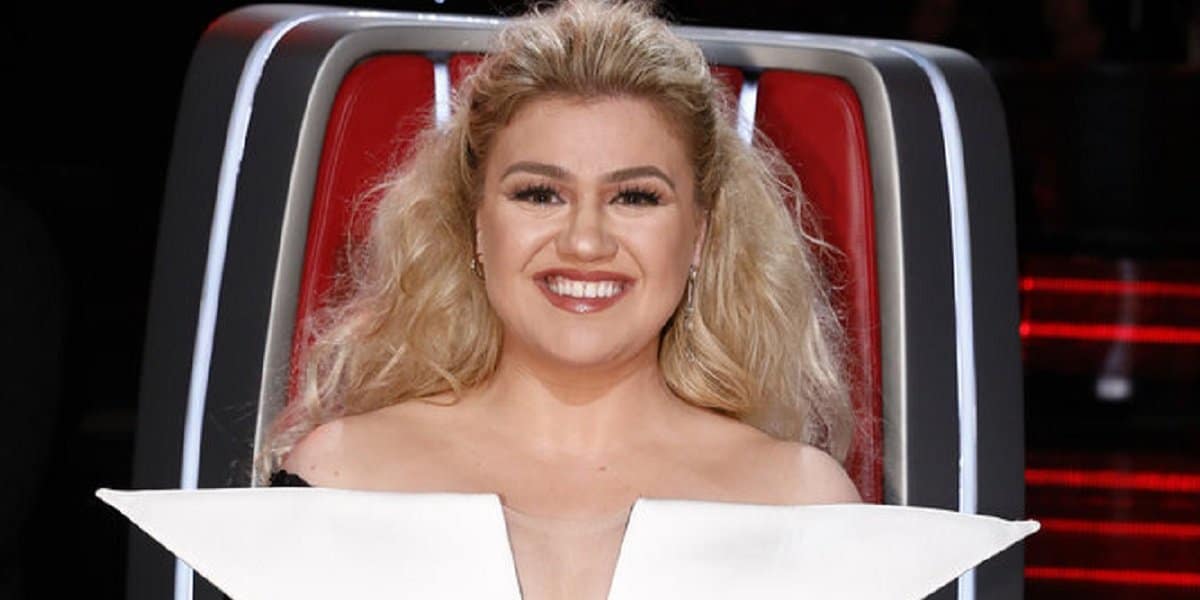 Video diva’s costume designs made of latex, superhero outfits of tight sexy PVC, the infiltration of ‘smart clothing,’; the future is now where fashion is concerned. As aware of possible trends coming as exploring the latest in 3D rendering and laser cutting, here at Dawnamatrix, we are as concerned as any other fashionista in what’s ahead. And what we can make of it. It seems ‘The Voice,’ fans are also interested in forward-leaning fashion designs, as they weighed in loud and strong over some seemingly futuristic couture show judge Kelly Clarkson was wearing this week.

This 17th season (17 already!) of the singing competition is now into its live performance episodes. The celebrity coaches who sit alongside Clarkson—Blake Shelton, Gwen Stefani, and People’s sexiest man John Legend—have to now concede the fate of the potential winner of the competition to audience polling. And although the competition is indeed most on the audience’s minds, when Clarkson donned a black sequined outfit with a deep V-neck, accessorized with oversized white lapels and cuffs, Twitter exploded over her futuristic tuxedo-like ensemble.

There were plenty of seemingly loving references comparing Clarkson’s look to what the famous “Jane Jetson,” was fond of wearing. Others said the dress as much looked like a paper airplane, a set of wings, or an envelope. What Clarkson was actually wearing was a dress from Balmain’s Pre Fall 2019 Collection.

Not that anyone should ever think it’s all about haute couture. In the same episode, Gwen Stefani created her own social media chatter sporting a shoulder-length blonde bob haircut. It was evident by the hairstyle she wore the next night that a wig had caused all the comments.

There’s sure to be lots more interesting fashion, hair, and overall style choices revealed as ‘The Voice’ chugs on its merry way…and viewers continue to talk about it.