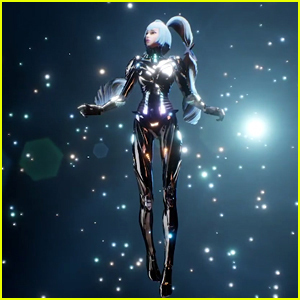 Not that we haven’t seen nor should we be surprised with amazing costume changes and a fair amount of latex wear from Lady Gaga. But the 32-year star of A Star Is Born is pulling out all the stops in her new residency show, Enigma, at the new Park MGM resort in Las Vegas.

The 100-minute show sees Gaga facing her alter ego in a narrative that weaves through a great many of her hits, some covers and even a nod to the soundtrack of her Golden Globe-nominated film (five times nominated, in fact). Beyond the music, though it is the spectacular staging and those costumes reviewers are noting.

As she did at the Super Bowl Gaga begins the show dropping down from the ceiling—of the Park Theater in this case—wearing a jeweled encrusted catsuit accessorized with build in boots sporting tiny mirrors.

The pacing of the show allows for some anime/filmed moments so the queen of the Little Monsters can facilitate her many costume changes. These include Gaga wearing a black PVC jacket, with her initials in fluorescent green across the back; she later strips out of this jacket to reveal her lithe body in a black PVC corset. During another alt. haute couture reveal Gaga twirls down from the ceiling in a cage dressed in a fluorescent green, feathered jacket. She stands center stage in a see-thru dress at another point (wearing a body suit underneath) and even works a mechanical articulated spider with claws sitting in its center.

And for us all especially to drool over Lady Gaga appears on stage during her show in a bespoke latex outfit of an iridescent sheen, sporting a collar.

Through her ascendancy in the rock-pop world, a well-publicized duet to legitimacy with Tony Bennett, a scary turn in “American Horror Story: Hotel,” her possible Oscar nod in a A Star Is Born and now her Enigma show in Las Vegas, really, is there any stopping Lady Gaga?