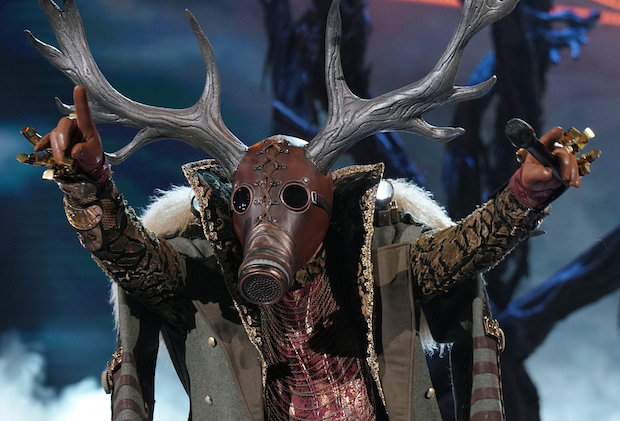 The new Fox T.V. show, The Masked Singer, could as much be described as a cosplayer’s delight or a ‘furries’ best dream.

There’s a glut of reality competition programming coming at viewers these days. From the granddaddy American Idol to cook-offs to haute couture match-ups, there seems to be something for everyone looking for televised competition. But seeing someone dressed like a deer, while wearing a leather mask and steampunk coat or another dressed as a hippo, and still another a furry blue cyclops obviously inspired by “Monster’s Inc,” the show that premiered this week was unlike anything anyone has ever seen.

The Masked Singer presents celebrities singing in outrageous disguises on stage in front of an audience and the show’s celebrity judges (on the opening show these judges were Robin Thicke, Ken Jeong, Jenny McCarthy, and Nicole Scherzinger). The initial idea here (introduced as it was on the first show of this kind, the South Korean “King Of Mask Singer,”) is that costumed as they are, competitors are judged on their performance and not on looks or even their reputation…have they one. Ironically, there is as much competition for the show’s performer as on judges who must figure who the masked singer is.

During the shows pre-taped “clue package” audience, judges and viewer are given hints to each performers identity. But mostly determinations are made across the three rounds of singing each is allowed. At the end of each show, the ‘creature’ with the fewest votes has to leave…and remove their mask. The first of these contestants losers, the aforementioned hippopotamus (who, of course, attempted to sing through the hip-hop of Bobby Brown’s “My Prerogative,”) showed himself to be N.F.L. wide receiver, Antonio Brown.