Couture Is Color At The 76th Golden Globe Awards 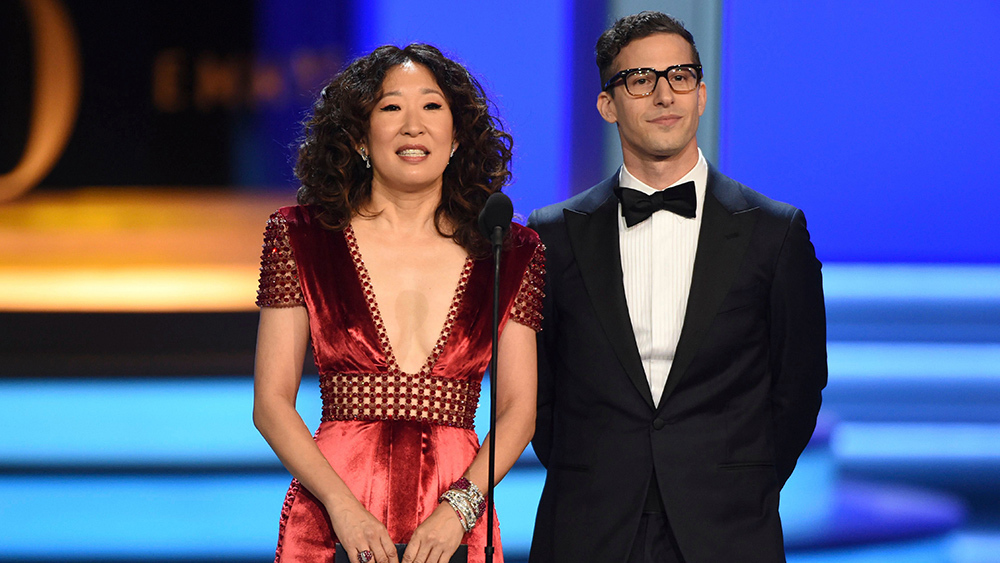 Sparkles, bows, color, oh my…but no latex couture. This is what one can take away from the outfits worn for the “76th Golden Globe Awards,” shown this past Sunday. Far from years previous of all-black wardrobe choices making specific statements, or celebs wearing ribbons of various colors supporting particular causes, the men and women showing up The Beverly Hilton represented a fine rainbow of colors and equally varied styles. The net might be firing on the back and forth over Christian Bale’s Satan comment, but the sartorial specifics are what we here at Dawnamatrix are most interested.

Arguably the most watched star of the night, as much for who she is as earning accolades (and a nomination) for a serious acting role, was Lady Gaga. She sashayed down the red carpet wearing a lavender-blue bespoke Valentino couture floor gown. A long train flowing behind her and her hair matching the dress, as expected she would, the A Star Is Born Star star made quite the entrance.

The most alternative wardrobe choice (other than Nicole Kidman’s silver round ‘ball’ clutch accessory) was Timothée Chalamet’s Louis Vuitton harness. The actor wore what was as much a thin material harness as it was suspenders over his black shirt, matched with black pants. The fashion house’s Virgil Abloh designed the bedazzled wardrobe accessory, what he calls a “mid-layer garment,” and Louis Vuitton terms “a beaded bib.”

It’s always fun to dish over what our best and brightest wore, hope for a little latex couture, and spot something unusual. The 76th Golden Globes did not disappoint in catching our eye.