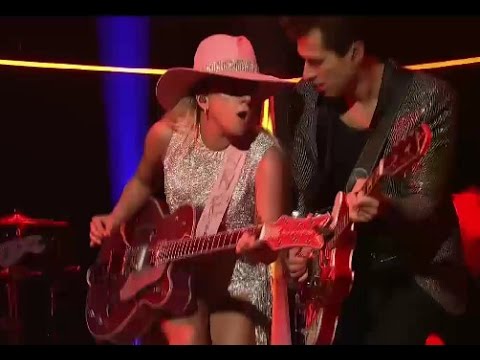 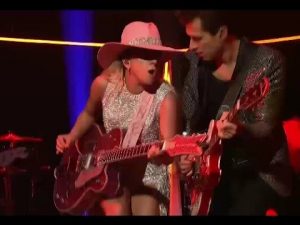 Lady Gaga is certainly known for her interesting haute couture, from wearing latex dresses to those made of meat. On her new album Joanne the Lady is sporting a fashion accessory she can’t seem to take off: A Gladys Tamez Hat.

In high cut-off shorts (which she has been seen in lots lately), to fetish clothing and that infamous meat dress (which late night host James Corden actually wore for his “Carpool Karaoke” with Gaga recently) to all manner of neat and quite revealing stuff she wore in her vampiric turn on the “American Horror Story” series, Lady Gaga has made style as well as music. Sporting what seems to be her latest fashion statement, Gaga has been seen in her pink western Gladys Tamez in Central Park as much as during her recent “SNL” turns and even when she was interviewed on “Good Morning America.”

It looks like she is looking to ‘exhaust’ the pink hat, at least for the time being, with every recent appearance she makes.

Gamez told U.K.’s The Daily Beast that the pink western-style lid she created for the star is “…central in a symbolic sense to who this new Lady Gaga is.”

The ‘new’ Lady Gaga has revealed a stripped down, often times acoustic guitar-led style that tickles the edges of country on her new and 5th album. Fans might be split with this direction, as they have tweeted endlessly pro and con, but Joanne has reached number one in the U.S, and the top ten in over 15 territories.

It seems no matter what Lady Gaga decides to wear for her costume design, on her head or anywhere else, she still sells plenty of albums. And obviously, she still makes fashion news.

The Lady Joanna hat is available for $680 and can be purchased here.