KIKI Is Coming To Vogue For You 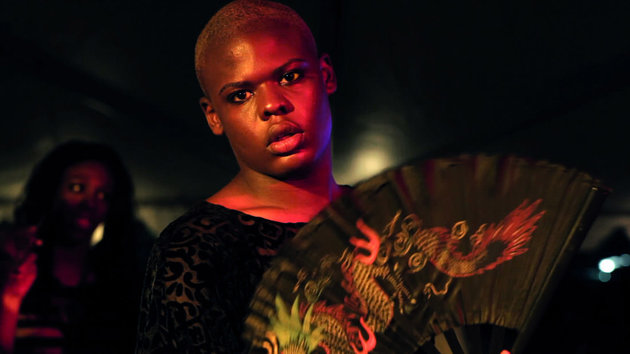 When one talks about fantasy costuming, alternate wear fashionistas unabashedly showing off their wardrobe and maybe some of the most hip clothes ever self-produced being worn by even hipper folks, one needs to consider the influence and style of LGBT youths. And this obvious high fashion sense of these men, women and transgender people is plainly made evident in the new Sundance Documentary KIKI.

Very much how the infamous documentary Paris Is Burning did a quarter of a century ago, the KIKI story takes off now twenty five years later, revealing a group of young adults trying their best to develop a ‘safe space’ at their fashion and dance balls. The men who appeared in “Paris” were self-proclaimed drag queens, showing as much of their homemade frocks as they did their ability to vogue in ways Madonna could never have imaged (in fact Voguing house dancing began in the 80’s Harlem ballroom scene well before Madonna appropriated it for her 1990 hit and “Paris” featured it with such aplomb the same year); KIKI as much shows the evolution of voguing as it does delve deep into LGBT gender identity in the modern age.

And through both KIKI as it was in Paris there is fashion; glorious, often homemade, supremely rendered and worn wardrobe. In fact, it could be argued that minority groups (at least perceived by the mainstream public as minorities) often use their fashions to distinguish themselves more than any other marker.

Art form, dance craze, trans movement, political agenda, Sara Jordenö & Twiggy Pucci Garçon’s KIKI reveals lots of scenarios, introduces many interesting folk, answers some questions and still poses more. This is what art is supposed to do of course and we can see why the documentary has already made must-see lists…and it’s just premiering.