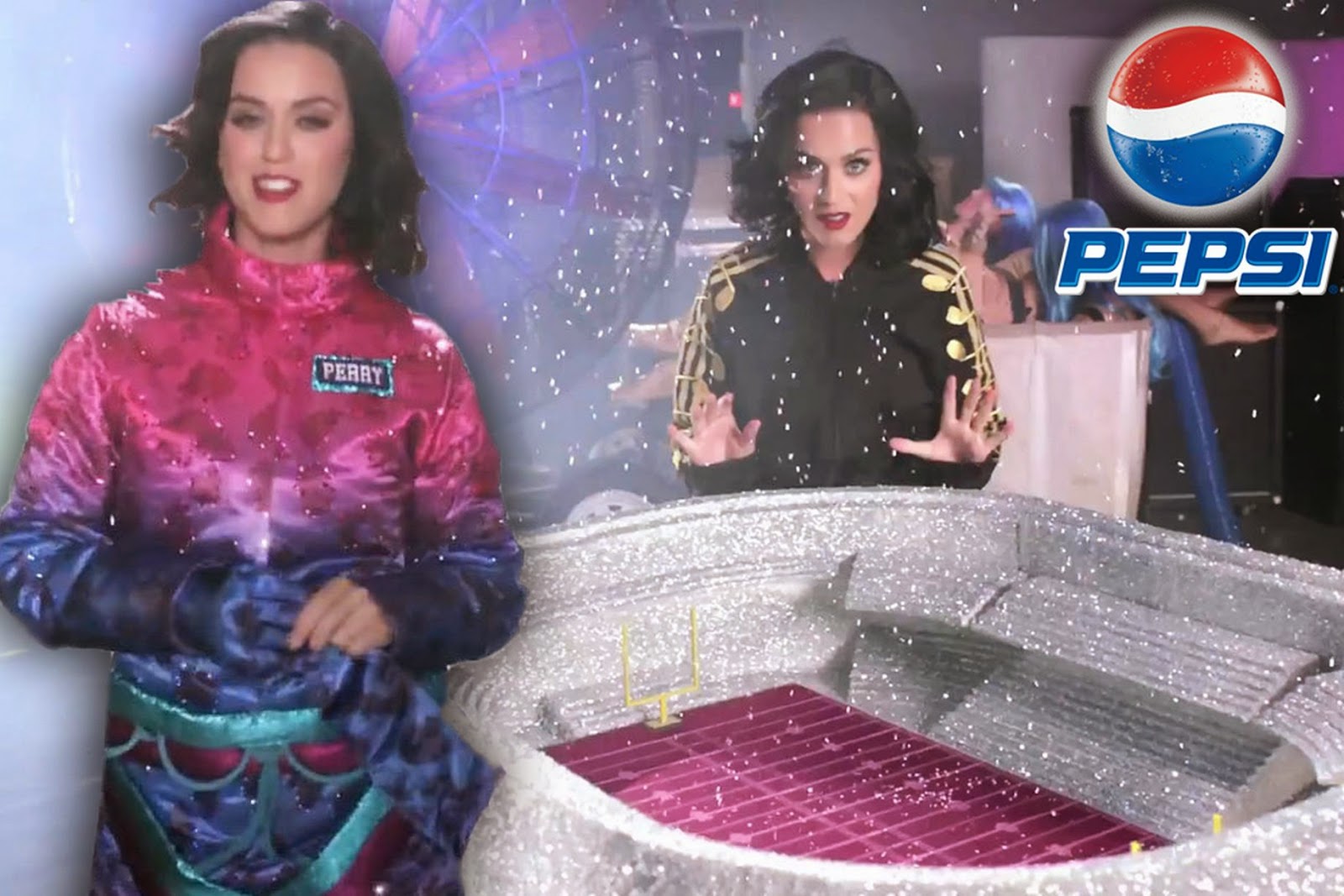 There are ‘wardrobe malfunctions’ and then there are wardrobe malfunctions. The Grand Daddy of them all occurred at the 2004 Super Bowl with Janet Jackson and Justin Timberlake (where the term wardrobe malfunction came into regular use) and more recently a bikini top break occurred at the Miss California beauty pageant. But the term takes on a more serious import during these days of beefed-up security over world unrest. It seems that not only will Black Hawk helicopters, F-16 fighter jets and police with portable radiation detectors be on hand at the University of Phoenix Stadium for this Sunday’s Super Bowl, but every item, from concessions to yes, even Katy Perry’s costumes, have been checked.

If you are unaware, The “Firework” singer is presenting the halftime show this year. Judging by Katy’s past performances her costumes for Sunday-deigned by Jeremy Scott-could be wild indeed. At a Super Bowl XLIX press conference Miss Perry assured us all that her opening costume would be “flaming hot,” that she is bringing a lion and some sharks to her performance “creating three or four different worlds” and that though she knows nothing about the latest ‘Deflategate’ controversy “nothing in my performance will be deflated.”

We’ve actually sent various pieces for various campaigns that Miss Perry has been and will be in; leopard and vibrantly colored latex gloves,  bras, high waisted panty, a dress, a skirt, all whole bunch of Dawnamatrix for the pop diva to wear.

Maybe we’ll get a surprise and see some latex during halftime?

Lenny Kravitz (a man known to sport a hot outfit or two…or is it just that anything he wears is hot cause he is?!) and Missy Elliott are said to be joining Perry. As you can see from her Pepsi commercial for the halftime here K.P. has the occasion well in hand.

Katy Perry is sure not to disappoint, there will be nary a malfunction in site and Super Bowl XLIX will prove to be spectacular, we are sure.