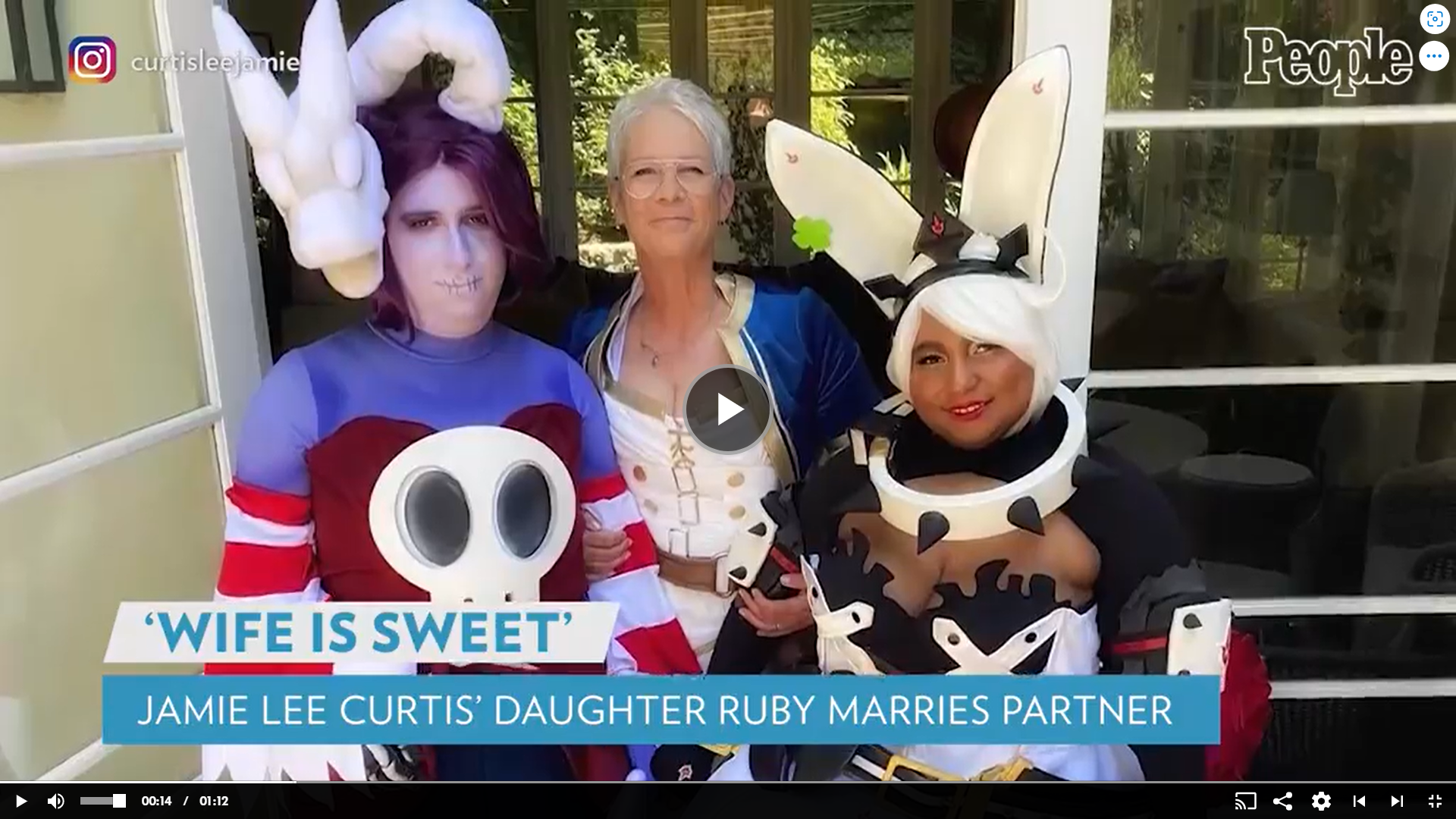 For some, wearing cosplay is even better than latex couture. At least this was the way it was for Jamie Lee Curtis’ daughter, Ruby Guest, who married her partner, Kynthia this week. The partners wore cosplay outfits matching their wedding’s World of Warcraft theme, getting Jamie Lee in on the specific dress up as well.

Jamie Lee went dressed as Jaina Proudmoore, an admiral in the game. Her wardrobe, chosen by Ruby Guest and Kynthia, was made by an Etsy seller based in Russia, proving that war does not stop cosplay!

The ceremony occurred in the Guest-Curtis backyard.

When one considers how many cosplayers there are in the world or how many conventions there are for cosplayers (see this article for a list of some), it’s a wonder there aren’t more weddings keeping to a specific fantasy theme (there probably are, they are not just as publicized as one would be of a celebrities’ sibling). This site is even specifically created for cosplayers looking for one another, maybe leading to marriage?

The pandemic all but cut off every avenue to facilitate the good feelings cosplay fantasy fashionistas, causal fans, gamers and alternate costumers usually enjoy at large gatherings. Sure, showing off your costume creations on Zoom will connect you with other players, but presently with people slowly venturing out and occasionally into larger groupings, cosplay will surely enjoy a resurgence in the mainstream, at the very least. As it will be this year with San Diego’s infamous summer Comic Con, and its east coast rival, New York Comic-Con in October, the cosplay faithful, dressed in spandex, PVC, leather and yes, glorious latex, will be representing their wares, creativity and devotion, just like Jamie Lee, her daughter and her daughter’s partner did just this past weekend.

What a wonderful way to celebrate.