Here Come Those Damn Angels Once Again: The Early Scuttlebutt on The 2015 Victoria’s Secret Fashion Show 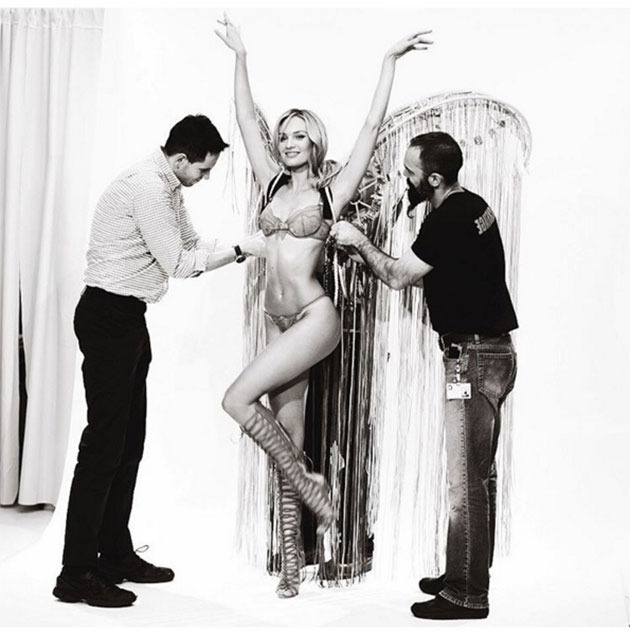 Not that we are holding our breaths for a flash of some new latex clothing accessory, (like we have here) but each year at least the Victoria’s Secret Fashion show proves to be entertaining. Famous models (angels the company calls them) strut their wings, pop stars play and all manner of net speculation before and after the show makes for the very best fodder the infamous lingerie brand could ask for. With certain announcements about the show made recently, a damning tweet just made today by ex-VSFS Jourdan Dunn the buzz-good and bad depending on how you view these things-is really amping-up for the show that will air on C.B.S. on 12/8.

It seems Kendall Jenner will actually be walking the VSFS runway for her first time, joining her bestie Gigi Hadid and performers like the Weeknd, and Selena Gomez. But pop diva Rihanna, who was scheduled to appear at the taping of the show on 11/10, dropped out supposedly to finish-up recording her new album Anti.

Ellie Goulding will replace her.

Other facts as they are becoming known are Lily Aldridge will be wearing the ultimate in costume design, the Fireworks Fantasy Bra, this year’s big ticket item priced at $2 million. That bra’s precious gems come in at a cool 1,364 carats and are set in 18 karat gold, the panties Lily will wear with it, sport 120 diamonds and 400 stones. Created by jeweler Mouawad you can see Aldridge cavorting in the set in this Vogue video.

And for this 2015 show-what will mark the brand’s two decade celebration of lingerie celebrity fashion-VS will fly all their beautiful winged angels back to NYC for the festivities this year.

From their infamous pink carpet interviews, the return of their celebrated ‘angels,’ that fantasy bra, and not to mention a stage that has seen musical acts as diverse as Taylor Swift and KISS, the entire glittery concoction that is the Victoria’s Secret Fashion show is the high water mark of lingerie branding and mainstream culture, all tricked out for a rabid television audience of as much fashionistas as hetero men looking for late-night eye-candy.

Of course, we will be watching…will you?