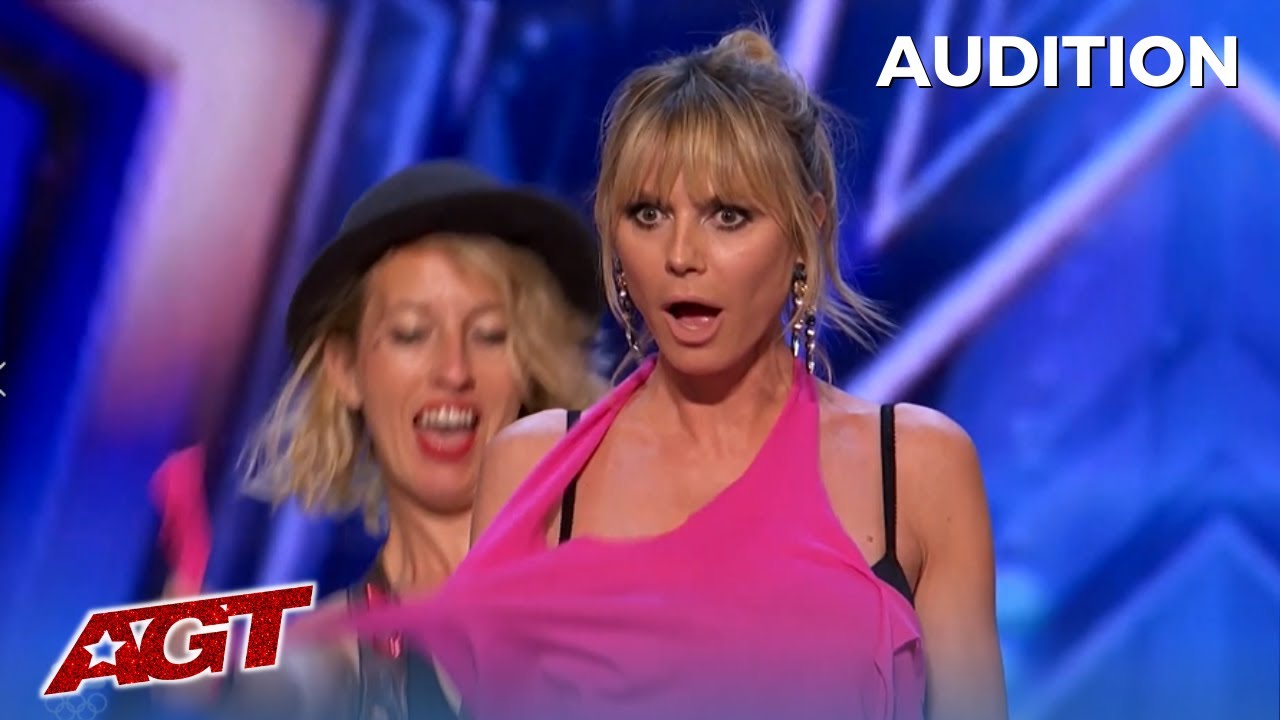 Whether it be a leather skirt that rides up too high, a latex corset forgiving a breast, or some specific unusual costume piece that just doesn’t fit as well as it should, we have all seen (and we’ve written about) plenty of wardrobe malfunctions and ‘slippage.’ Lots of what we have recently seen, either in person or in cell phone captured video clips, have come from a Britney Spears or Lil Nas X suffering some embarrassing on-stage moment, or a zealot paparazzi capturing a peak they really should have had the decency not to sell. But what happened this week to Heidi Klum did not occur during a performance and was undoubtedly just happenstance, as the supermodel/T.V. host/businesswoman simply bent over too far, on the set of “America’s Got Talent.”

Heidi Klum is one of four judges on AGT, having replaced judge Sharon Osbourne in 2013. Klum stayed with the show until February 2019, left for a bit, but then recently returned to sit alongside Simon Cowell, Howie Mandel, and Sofia Vergara. Vergara and Mandel were posing for a selfie across the show’s front table during a break in recording the first live show of AGT’s 16th season. Klum stood up, bent across the table to join in the quick pic, but the back of her short coral-colored, strapless dress rode up her rear, exposing her.

This was clearly captured then shown on a video shot by an audience member attending the show. But with her usual good spirit, Klum took to her own Instagram account, sharing the TikTok user’s video of her cheeky moment, captioning the shared clip: “Note to self… don’t bend over in a short skirt.”

Considering all the serious stuff we are currently living through and the fact that Heidi Klum has a bottom that most people don’t mind seeing in any stage of dress (or undress) the fact that she’s taken to this flashing with such aplomb made the moment endearing.