The 2021 World Of Wearable Art Is Cancelled 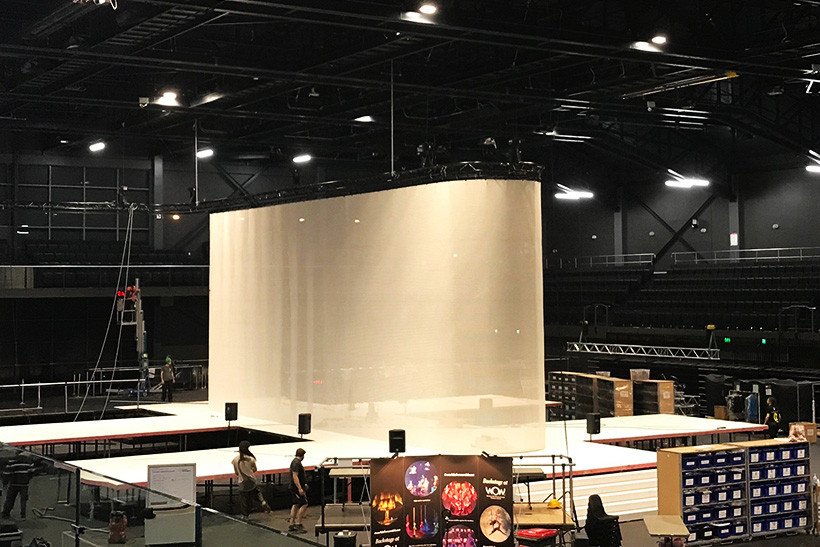 And there shall be no latex costumes…but no other textile wardrobe creations will be revealed either.

We just received official word that the current COVID-19 outbreak in Aotearoa has forced the powers-that-be of WOW, to make the difficult decision of postponing the 2021 World of WearableArt Awards Show. This year’s show was to be staged from September 30th, 2021, to October 17th, and once again, Dawnamatrix was a finalist.

When the New Zealand government announced a level 4 pandemic lockdown on August 17th, the TSB Arena, where the WOW show was supposed to be held, was a hive of activity. The stage was being built (see the photo here), rehearsals were well underway, and models were being fitted into garments as character costumes were being made. Since the lockdown, the WOW Creative and Production teams, partners, and sponsors worked determinedly to explore all possible options of still getting this show ready. Readjusting schedules and timelines, rehearsing online, making costumes in bedrooms, so many talented people were determined to find a way to deliver the show on time, safely, and with the usual World of Wearable Art aplomb.

But with ongoing alert level restrictions truncating any hope for reasonable rehearsal times, making WOW happen this year was becoming less of a reality. The scale of this particular alternate fashion show pressures the production to be in tight lockstep and well-choreographed in advance, a Herculean task in even the most optimum of circumstances (although WOW does present their show expertly every year).

The WOW team just couldn’t see the possibility of having the show ready to open on September 30th.

Disappointed? You bet. But who can argue with a worldwide pandemic? As we all have, Dawmanatrix has worked hard to figure a way to do our business the best way we can in light of the changes we have all come to this past year-and-a-half. Certainly, we wish WOW to get up and running as quickly as it can. But we wish our family of worldwide designers, the good people of WOW, and all of you, the very best of health, first and foremost.