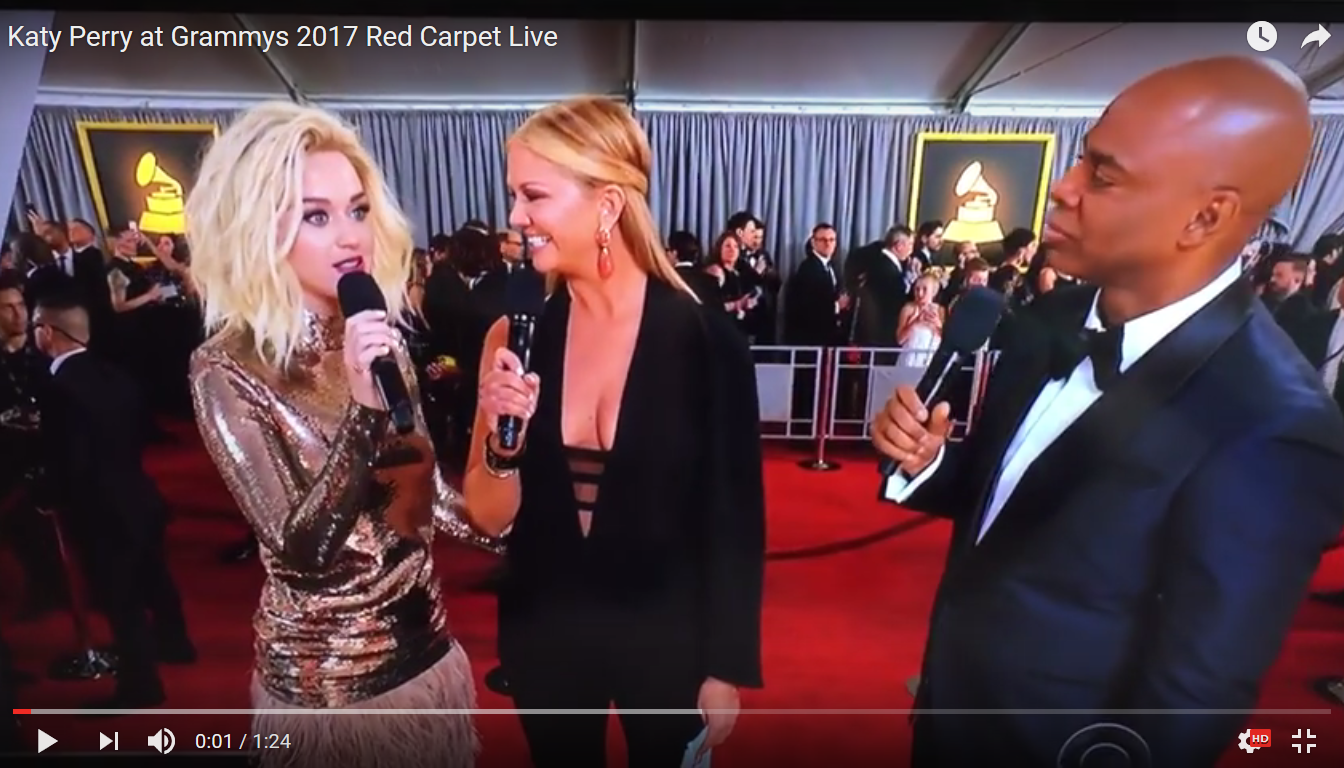 Though there wasn’t a hint of latex costumes this time out, still we all were treated to quite the startling mix of styles at the Grammys 2017 even before the show began. All but a show unto itself (and certainly broadcast), the red carpet walkin-in is as much a perfect advertisement for designers as it is for stars to get in a first outrageous outfit before they often times change for the show itself.

This year the usual culprits did not disappoint.

Lady Gaga came armed in Alex Ulichny leather. In a stiff bolero jacket that exposed lots of her belly and breasts, Gaga was set for the full artillery attack she’d manage later when fronting Metallic (she’d come to wear a different outfit when she did). With over-the-knee leather boots sporting spike heels, feather-like touches on the sleeves of the jacket, high-waisted leather shorts, stockings and some chains, Gaga was certainly a rocking “chick.”

We didn’t get any Katy Perry latex this year, instead K. P. had Tom Ford fitting her outside the Grammys and in. She showed up on the red carpet in a metallic turtleneck paired with a furry dress. She changed into a cool white Ford pants suit when performing her new lead-off single “Chained to the Rhythm” during the show.

And it seems we were introduced to what might be a new style trend in celebrity fashion (you recall last year we had the naked or nude dress and up-to-the-neck-slits?). Men and women both were going sans shirts this year. Singer Halsey showed up in a blue Christian Wijnants pantsuit but bare-chested and rapper Desiigner sported a cool black jacket and pants…without a shirt.

In our out of the Grammys, we can always count on our brightest and most musical to sport styles that are always sure to get out attention.