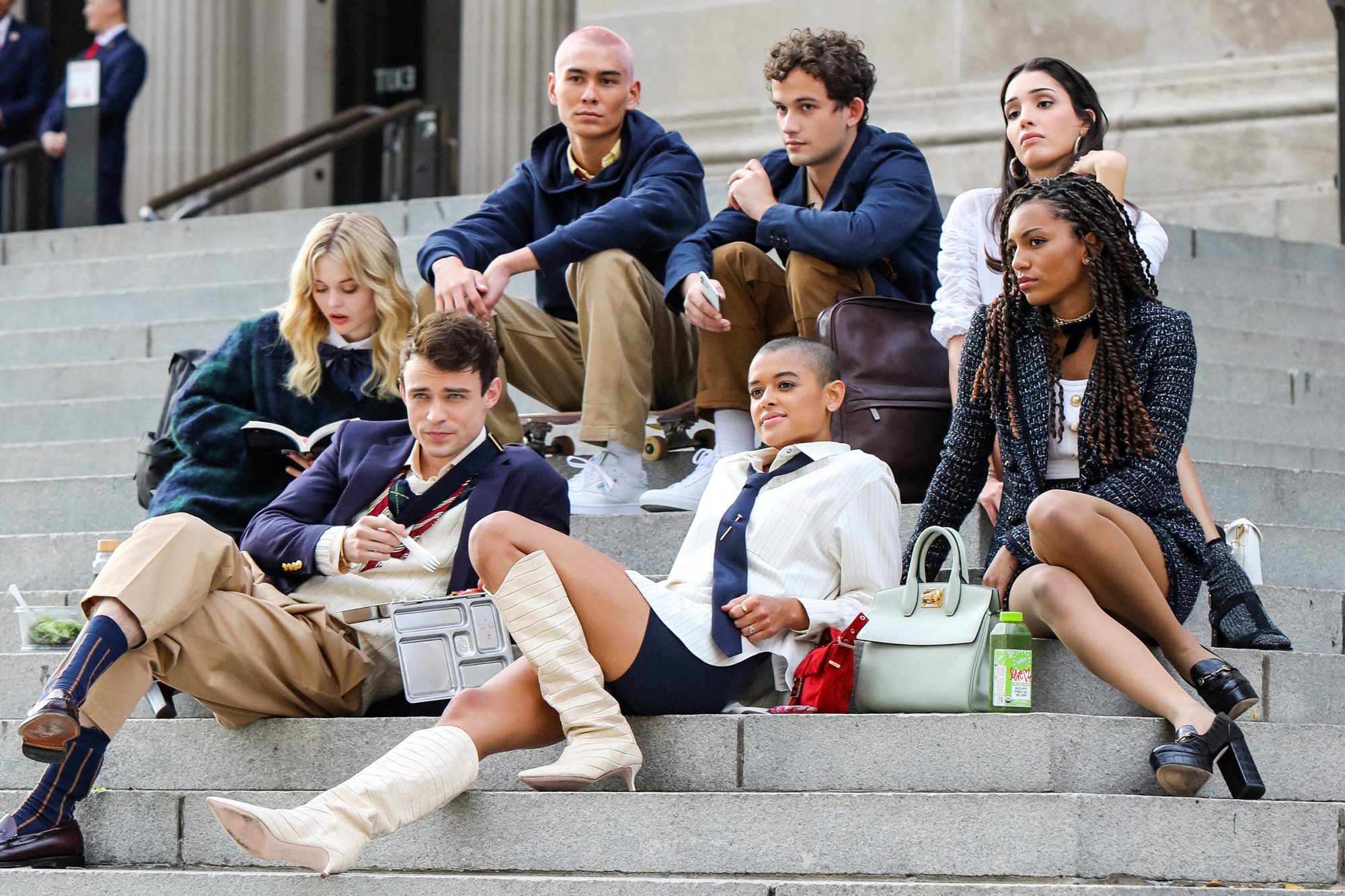 Will we see latex styles on the new Gossip Girl? It seems anything is possible as the show enjoys a reboot, premiering as it did last night on HBO Max (a new episode is released every Thursday). And as it was with the show’s initial 6-season network run (between 2007 and 20012), the casual fan to the most ardent fashionista is as much talking about the show’s plotlines and characters as all the haute couture we might see revealed in the coming weeks.

Designer Alice + Olivia, who had a significant fashion presence on the original shows, claim that having their wardrobe pieces appear across G.G.’s run was akin to having their clothes shown in major fashion magazines. Alice + Olivia are back for the reboot, as is contemporary brand Cinq à Sept and Monse.

Talk has been rampant about just what the future wardrobes and styles of stars Jordan Alexander, Savannah Lee Smith, Zion Moreno, and many more will be. Compared to the iconic Sex and the City and predicted to be as popular as the recent, Bridgerton, the selling power of a contemporary show addressing a very vocal and trend-aware age group is boundless. And this time around, with the teachers on the show spreading gossip, trans characters, and the freedom that cable allows, anything is possible.

So, we ask again: latex, anyone?

If predictions are correct, Gossip Girl will as much garner a huge viewership as once again put its costume designers on the map.