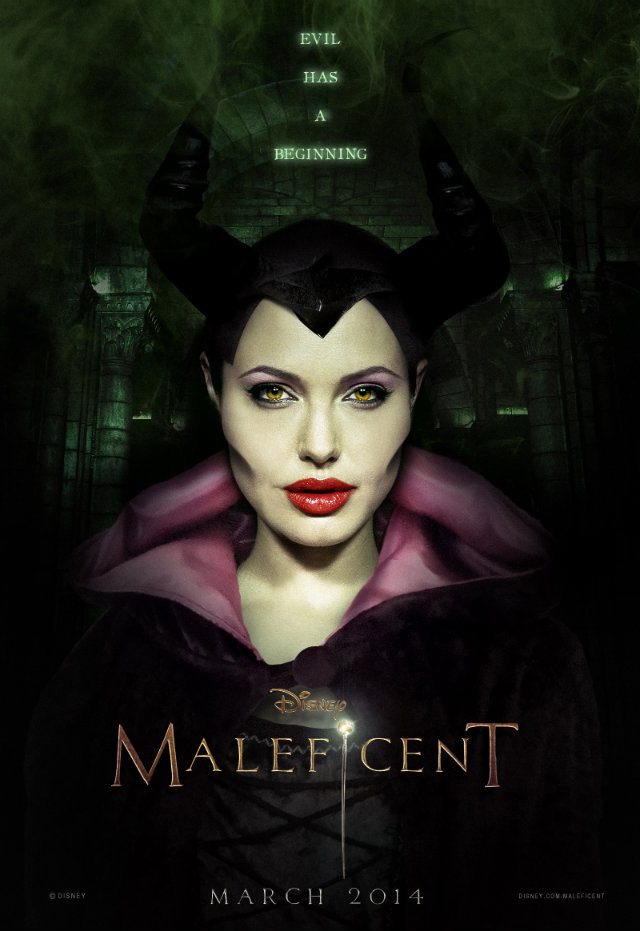 We’ve covered Maleficent previously-don’t worry nobody is that scatterbrained round the Dawnamatrix offices that we forget what we write about-but the film’s early popularity seems to be about more than just some cool costuming and effects. Sure Angelina Jolie is a certified superstar and literally inhabits the role of the pure-hearted young lady who grows into an evil forest queen but beyond the $70 million opening it seems the world at large is getting Maleficent-fied.

Beyond the action figures that get launched on the public with a movie of this sort, Estee Lauder’s Mac Cosmetics developed a specific make-up line for the movie (see here) and one can go to YouTube and ‘get schooled’ on how to apply that make-up…it is becoming quit the craze. Come Halloween we all know who every little girl-and even some little boys-will be dressing as. And the stories of the shoots, the costuming, even Jolie’s hair in the film has become greatly noticed and discussed ( in an interview with ITN Jolie revealed that they found leather fetish workers to fashion her leather wrapped horns and that they “used my braids to nail [them] down…it was a headpiece with the horns; it wasn’t like a headband. We kind of put my hair in [these] little balls and then you put the headpiece over it and pulled the braids through . . .”)

In fact, we contributed to some Maleficent-themed fun just recently. Photographer Colleen Farrell of Kindred’s Muze Photography, set-up a shoot as inspired by her own fevered dreams as Angelina Jolie’s look. As Collen says: “Inspiration hit me years ago when I originally did my dark fetish tales….this is just a continuation of that series.” For her shoot Colleen enlisted the spectacular talents of graphic designer Justin Main, make-up artist Ryver Vandepol, Russel Bally of EgoSalon Brampton lent his fabulous hair styling talents all to our model Jean Bardot who simply looked too much like the evil queen as not to be a might be scary!

Jean is wearing our Dragon Queen Bodysuit in the shoot.

There is just something about certain films, music, literature, Art in America in general when the perfect mix of talents meet at the right time to create a phenomena. Maleficent might just be another one of those amazing collaborations, it certainly seems with all the ancillary buzz, product and happenings around the film Disney has once again created a winner.

Heck, the movie inspired us to be part of a tight knit creative team on a very fun shoot.

And yes, that’s worth writing about…again and again.