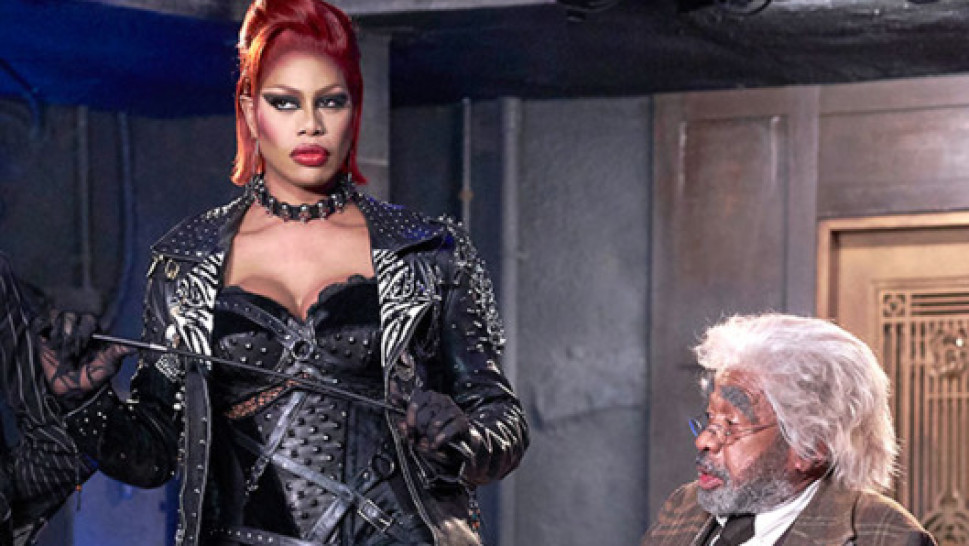 Fox released a surprise 25 minutes of their reboot of The Rocky Horror Picture Show at San Diego Comic-Con this week. This T.V. film reimagining seemingly has been in the works with the network since 2002, for a 2003 release to mark the 30th anniversary of the play that began the phenomena. This remake features transgender actress Laverne Cox in the starring role as Dr. Frank-N-Furter and Tim Curry, the original “sweet transvestite” doctor-from both the film and stage versions of Rocky-cameoing as The Criminologist, narrator of the film.

The Fox film opens as a movie inside a movie, with an audience reacting to all the Rocky tropes watching The Rocky Horror Picture Show. This time around the cast includes Victoria Justice, Ryan McCartan, Reeve Carney, Christina Milian, Annaleigh Ashford, Staz Nair, Adam Lambert, and Ben Vereen joining Cox and Curry. The wild cinema wardrobe here seems to include metal-studded black leather jackets, red corsets and Speedos, so we might very well be on the right track for this remake (original Rocky duds have populated many a museum exhibit). Rock impresario Lou Adler, producer of the original film as well as responsible for bringing the original U.K stage show to L.A., is co-producing this time around, with Kenny Ortega choreographing and directing. The men claim they will be staying true to Richard O’Brien and Jim Sharman’s original songs and script.

The main draw of The Rocky Horror Picture Show was indeed audience participation. The midnight movie happening of sitting with people, some dressed, some not (one could argue that some of the very first cosplay was seen at these event-showings-happenings) was a thing of legend. Certainly, any rice throwing or talking back this time will be of a much smaller scale with this reboot premiering for Halloween on Thursday 10/20 on Fox.