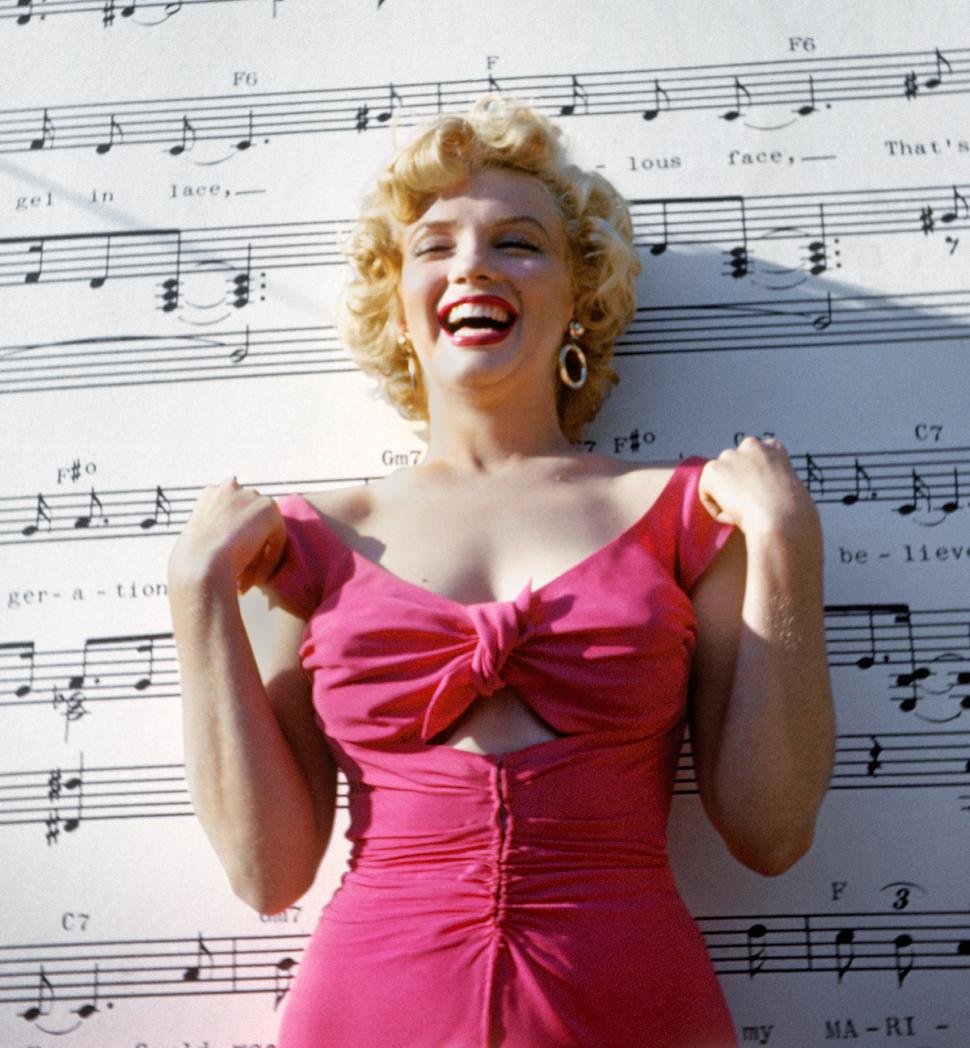 You’d be hard pressed to argue the lasting iconography of Marilyn Monroe. From pin-up model made infamous in Playboy magazine’s first cover girl, to the bubbly busty blonde of such notable American classics like “Some Like It Hot” and “Gentleman Prefer Blondes,” to her infamous high-profile marriages (and divorces) to Joe DiMaggio and Arthur Miller, to her untimely death and the unseemly details of affairs that followed it with the political movers and shakers of the early 60’s, Miss Monroe was truly a uniquely gifted, certainly flawed (as we all are) American star very few have ever matched.

We attempted to to champion some of her old Hollywood star quality, as in our Marilyn Dress but we all know Marilyn Monroe was a unique talent gone all too quickly.

The lady was celebrated last night at the SUMO Gallery in Tribeca NYC in the Limited Runs produced “Marilyn: The Lost Photographs of a Hollywood Star” exhibit.

The photos on display were ‘found’ and bought by L.R.-and in one case actually ‘unearthed’-from the collection of five artists in their own right.

Thomas “Doc” Kaminski was hired to ‘document’ the making of “The Misfits” movie (his black and whites are stunning against a desert landscape). Make-up artist Allan “Whitey” Snyder became close friends with Monroe and many of his stunning candid shots were on display. The “Color Photographer’s Wonder Boy” Milton Greenehad big posed shots here. Sound engineer and ‘guerrilla’ photographer Lani Carlson had a celebrated picture of Monroe standing in front of a double-her-size top sheet of sheet music bearing her name (and other shots) and photographer Mischa Pelz’s contribution was truly ‘unearthed’ after an earthquake hit Southern California when Pelz’s assistant discovered them in a shoe box!

As I sauntered through the street-level gallery floor among mostly color photographs of an almost always smiling Monroe in the Snyder shots or made for the basement of the gallery and my favorites, those black and white candid moments by a Kaminski I jockeyed for position between the ‘see-and-be scenesters’ of NYC’s models, photographers and village hipsters realizing we all, from the fabulously frocked, to the fan, to even just me a lowly latex designer (and as a quick aside-no matter the occasion the designer in me always comes out-many of those models seemed to be sported a variation on our basic sheath dress) I’d say if we cared to notice it (I did) we all pale in the radiant, arguably fragile but still all-too-palatable star quality of miss Marilyn Monroe.