Dawnamatrix Featured on T. V Show “Why Did you Come to Japan?” “YOUは何しに日本へ?” 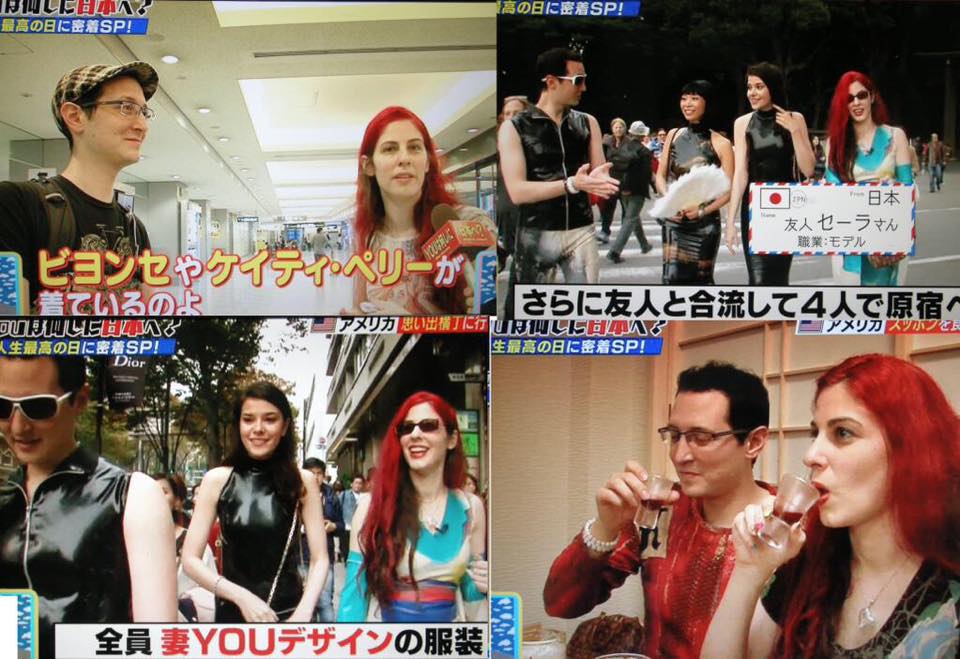 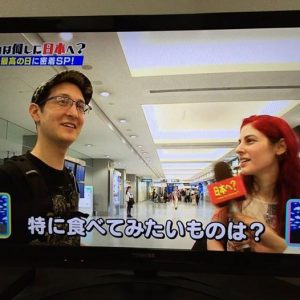 A few months backed we blogged about a wonderful trip we took to Japan for a friend’s wedding. The beautiful ceremony, the stunning time-honored outfits, the gorgeous countryside, sharing such a special day with people we love; a grand adventure it was. As you might recall we also mentioned being met in the airport, just stepping off the plane actually, by the crew of the “Why Did you Come to Japan?” “YOUは何しに日本へ?”  T.V. show.

After a brief introduction-bleary eyed from the long plane flight as we were-we found that the show was interested in following us around Harajuku in Dawnamatrix latex fashions and later on eating aphrodisiac foods: “スタミナ料理”. The “YOUは何しに日本へ?”  crew caught-up with us a week later to film a day of us walking through Harajuku with latex models- Mihoko Hakata and Youko Sunshine from Japan who we called for the show-eating some interesting foods (to say the least!) and generally being the stars of our own 20 minute segment.

“Why Did you Come to Japan?” “YOUは何しに日本へ?”  is broadcast on TV Tokyo in Japan and is watched by Japanese and non-Japanese around the world. Hosted by Osamu Shitara and Yūki Himura-a comedy double act known as “Bananaman”- the vibe of the show is certainly light hearted, with some good nature jabs coming at our expense, always with the intention of making everyone laugh and feel comfortable.

As the small crew followed us during the day, Dawn was wearing a Harajuku-inspired design with a unique water marble print and Mihoko and Youko wore our Galaxy Mermaid Gown in Black Galaxy and in Black respectively (see here.) with the latex sheeting custom manufactured for us by Yummy Gummy Latex. We caught lots of stares and were the subject of plenty of pictures and whispers of people passing asking, “Is That lady Gaga?” We reveled at all the attention (really, when do you get a T.V. crew to follow you round for day and pick up the tab on such unusual delicacies?)

This “close-contact’ way of reporting (in Japanese, mitchaku shuzai (密着取材?,) serves “Why Did you Come to Japan?” “YOUは何しに日本へ?”  well. The show aired for regular broadcast in the beg. of 2013 and soon moved to a prime time evening slot. And talk about star power (not that team Dawnamatrix isn’t star power enough for anybody!) but “Why Did you Come to Japan?” “YOUは何しに日本へ?”   caught Benedict Cumberbatch and American former baseball player Leron Lee in past episodes.