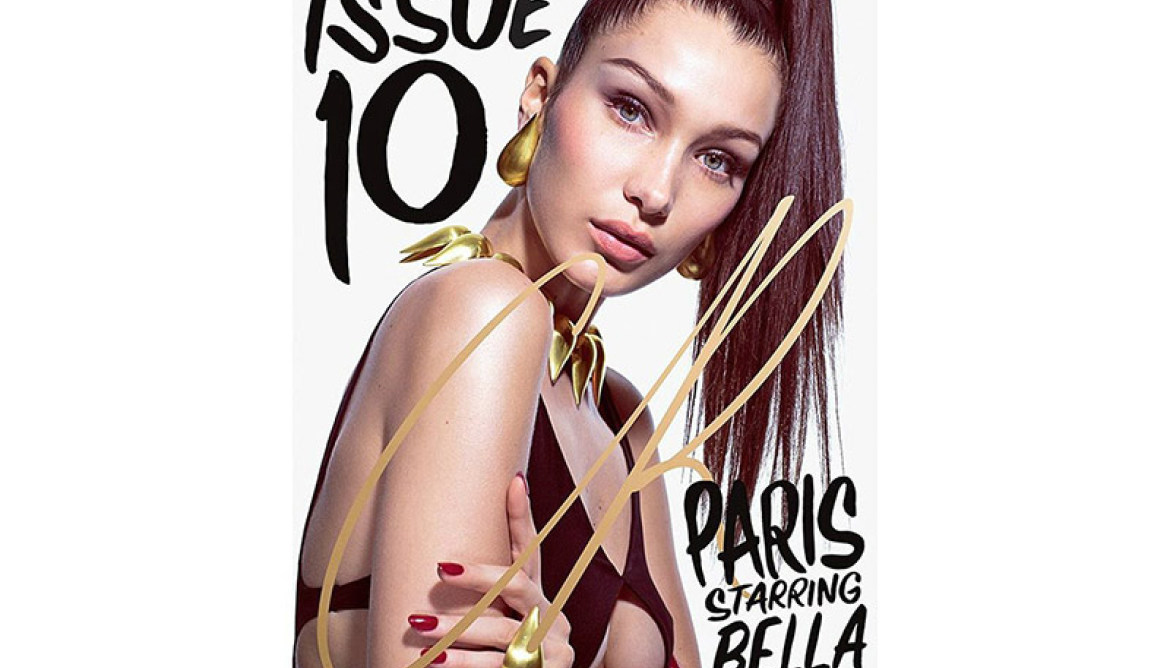 We would have been proud to declare that Bella Hadid had worn one of our accessories in a photo shoot. Or that we happened to outfit Liu Wen for a strut down the runway. Or that we might even be getting a mention in the newest CR Fashion Book or to have said some of our wardrobe pieces appeared in a Mario Sorrenti shoot or that we got to work with stylist Carine Roitfeld. Any of those credits alone would have been enough for solid bragging rights. But in the latest CR Fashion Book, #10 to be exact, all of the above wishes have come true: Dawnamatrix dresses Bella Hadid and Liu Wen in CR Fashion Book # 10, in a photo shoot by Mario Sorrenti, styled by Carine Roitfeld!

The CR Fashion Book 10th issue features a dual cover with Halima Aden and Paris Jackson gracing the cover, the first time either lady has been on a fashion magazine cover. This is also an issue celebrating the magazine’s editor-in-chief Carine Roitfeld’s home city of Paris. Inside the covers, beside Gigi and Bella Hadid and Liu Wen, actress Isabelle Adjani, Lara Stone, and Karlie Kloss also show off their timeless beauty in unique haute couture, with the “city of lights” theme in full view.

Specifically, in CR #10, and as you see from the pictures here (yes, photographed by Mario Sorrenti and styled by Carine Roitfeld): Bella wears our Lux Bra, High Waisted Panty, and Premium Thigh Highs, while Liu wears a Lux Bra and Basic Garter Belt. We are so happy fetish wear fashion gets the attention it deserves these days. But for those fashions to be ours, well, that’s a true honor indeed.

Here is a write up of the new CR #10 we are in on Forbes’ site, another honor for us: https://www.forbes.com/sites/oliviaperez/2017/02/22/from-paris-with-love-carine-roitfeld-on-cr-fashion-books-10th-issue/