Dawnamatrix & Beyoncé @ The 2016 VMA’s: Together Again 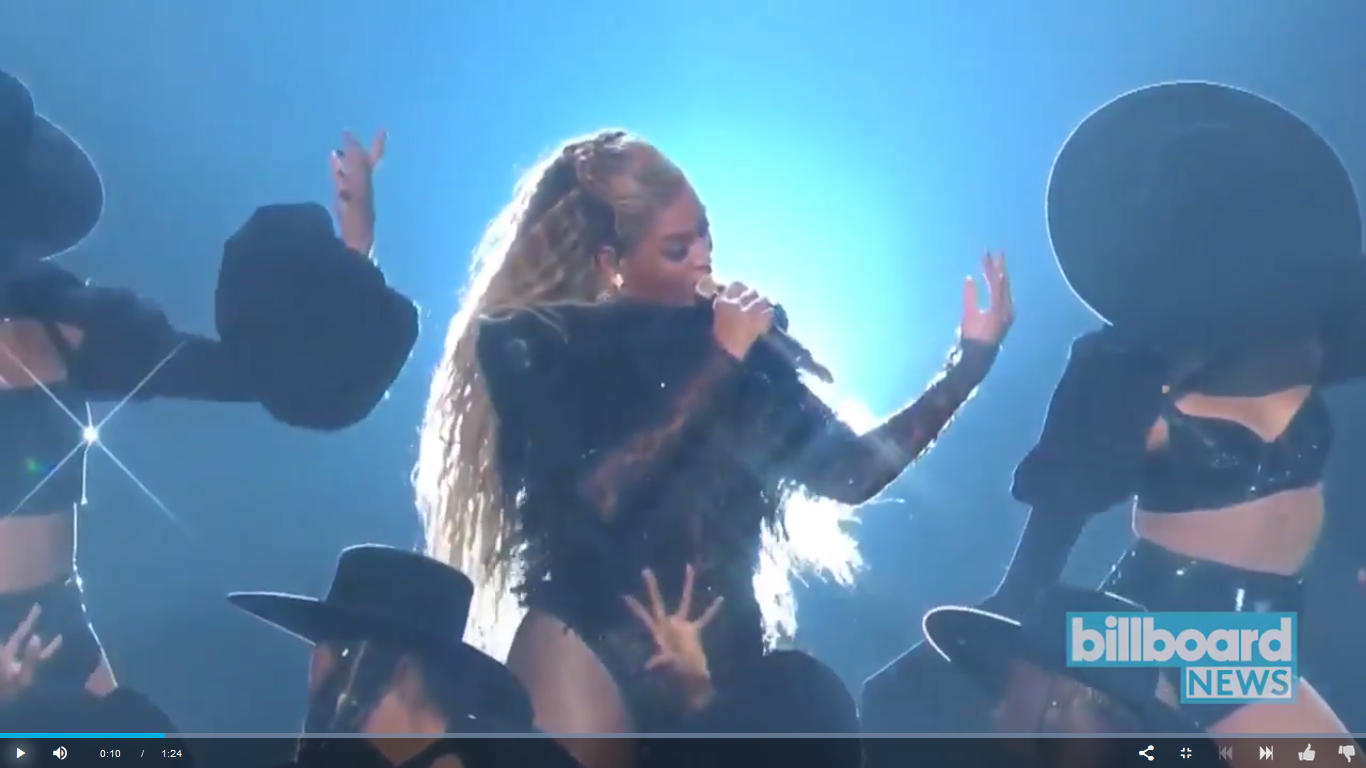 So here we are once again supplying latex couture to Beyoncé at a VMA’s performance, man is this getting exhausting…NOT! What we tried to intimate last week with our blog about this year’s Video Music Awards, hinting at the surprises the show often throws out to its viewers, was that we had been commissioned once again from stylist Marni Serofonte to supply Beyoncé’s dancers with latex pieces, black bras this time. As the week progressed the rumors of Miss Bey’s surprise performance morphed into fact, so much so that it was talked about and highly anticipated openly across the red carpet prior to the show last night. Indeed, Beyoncé’s performed a show-stopping bunch of songs from her album Lemonade and although, as we have come to expect from on-stage wardrobes these days, there were quite a bit of outfits and accessories taken on and off, we caught sight of our black bras front and center on the dancers.

No, things couldn’t be better today for Dawnamatrix!

On a show that boasted Olympians Michael Phelps and four out of the “final five” of the USA Gymnastics Team- Simone Biles, Aly Raisman, Madison Kocian and Laurie Hernandez-dressed to the nines, it was hard to know where to look last night. Rihanna managed four stellar performances herself (as well as picking up the Michael Jackson Video Vanguard Award) and Nicki Minaj rocked a pink latex body suit co-performing “Side To Side” with Ariana Grande.

Designers contributing to a show like this never really know what to expect…let alone if your clothes will make the show. But spying Beyoncé’s ‘Formation Tour’ dancers in our bras specifically during the sequence when they were wearing black hats and chaps, really was amazing…as much made us hunger for Steven King’s The Dark Tower: Gunslinger series said to be coming soon.

Dawnamatrix congratulates all the other designers who contributed to last night’s celebrity fashion and onstage outfits (be they latex or anything else), as well as all the winners and the array of announcers on hand at Madison Square Garden. We also send a special thank you to Marni Serofonte for honoring us again by reaching out and asking us to be part of Beyonce’s performance.