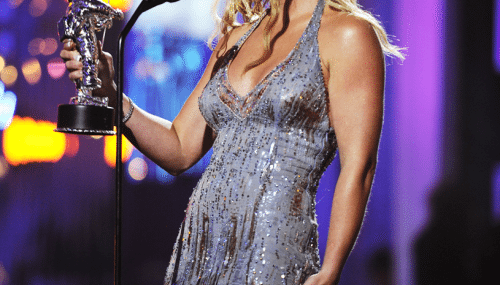 When it comes to our modern day pop divas, a latex skirt is just as important as a wardrobe fail, as is some costume becoming iconic. From stage, video, late-night clubbing a Katy Perry, a Nicki Minaj and Rihanna can be seen wearing any number of outfits fans drool over and unknown designers would have given anything to have made. Dana Proctor saw the value of Britney Spears’ outfits, as she came to collect seven Britney wardrobe pieces, pieces that she is now trying to sell on eBay for one million dollars.

Stuff included in this collection that Proctor is only selling as a complete set:

Hats, heels and boots are some of the accessories one can expect when picking up this set. The thing is, as we see weekly and blog about almost as frequently, a number of different clothes, for stage, outings or Instagram pics a modern day celebrity wears (especially a pop star) rolls over the public conscious like a tsunami. Really, who can keep up with who what wore when as each wardrobe choice we see on our best and brightest seems to outdo the last. Seeing as Proctor has only managed $33,400 as her highest bid of this collection, one wonders how much appeal even these famous pieces have…beyond for anybody other than Proctor or a super fan.

The auction ends next week.