After The Met Gala 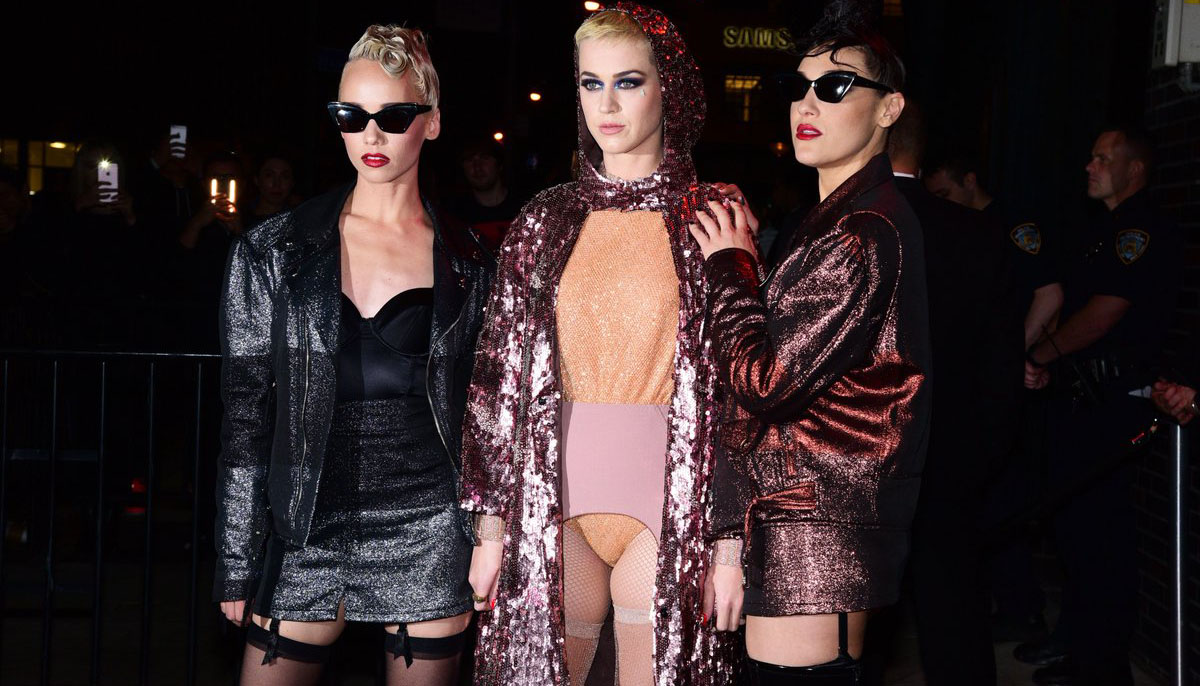 Not that anybody really expected lots of latex fashion design on the red carpet leading into the 2017 Met Gala, the fashions on celebrities walking into the preeminent east coast fashion party did not disappoint in their blog-worthy style and attention-getting (did you hear about Jaden Smith walking in holding his just cut hair in his hands?). But one might argue that it was the ‘after parties’ where things got truly sartorially interesting.

Topping the list was Katy Perry helping out D.J. Mia Moretti at the Boom Boom Room. K.P. had taken off her red cape, dress and hood with veil-what she wore at the Met Gala-revealing herself at the after party in leather pink garter, shiny stockings, sequined cape and orange, jumpsuit.

Priyanka Chopra, who certainly turned heads walking into the Gala hours before in her trench-coat Ralph Lauren gown with its wide long train, simply ‘detached.’ She walked into her after party with the trench-coat just about to mid-thigh, sans train.

And not to be outdone by Kendall Jenner’s jaw-dropping basically nude Le Perla Haute Couture-which on the red carpet revealed almost as much of the young supermodel from the front as it did the back-Bella Hadid managed the nude look in a black sheer sleeve tunic at her after party. Bella had managed a very sexy turn at the gala herself in a see-thru tight jumpsuit.

This year’s theme for the Met Gala was “Rei Kawakubo/Comme des Garçons,” celebrating the famous designer to be featured in this year’s Met museum exhibit. The last time the Met featured an exhibit at the museum focusing on a living designer was with Yves Saint Laurent …back in 1983. The Met Gala, what has been called by many “The East Coast Oscars,” marks the opening night of the museum’s exhibit, with the money from the party-tickets priced at what only celebrities could afford-gathered to keep the Met going.