Chloe x Halle Certainly Know How To Rock Their Latex 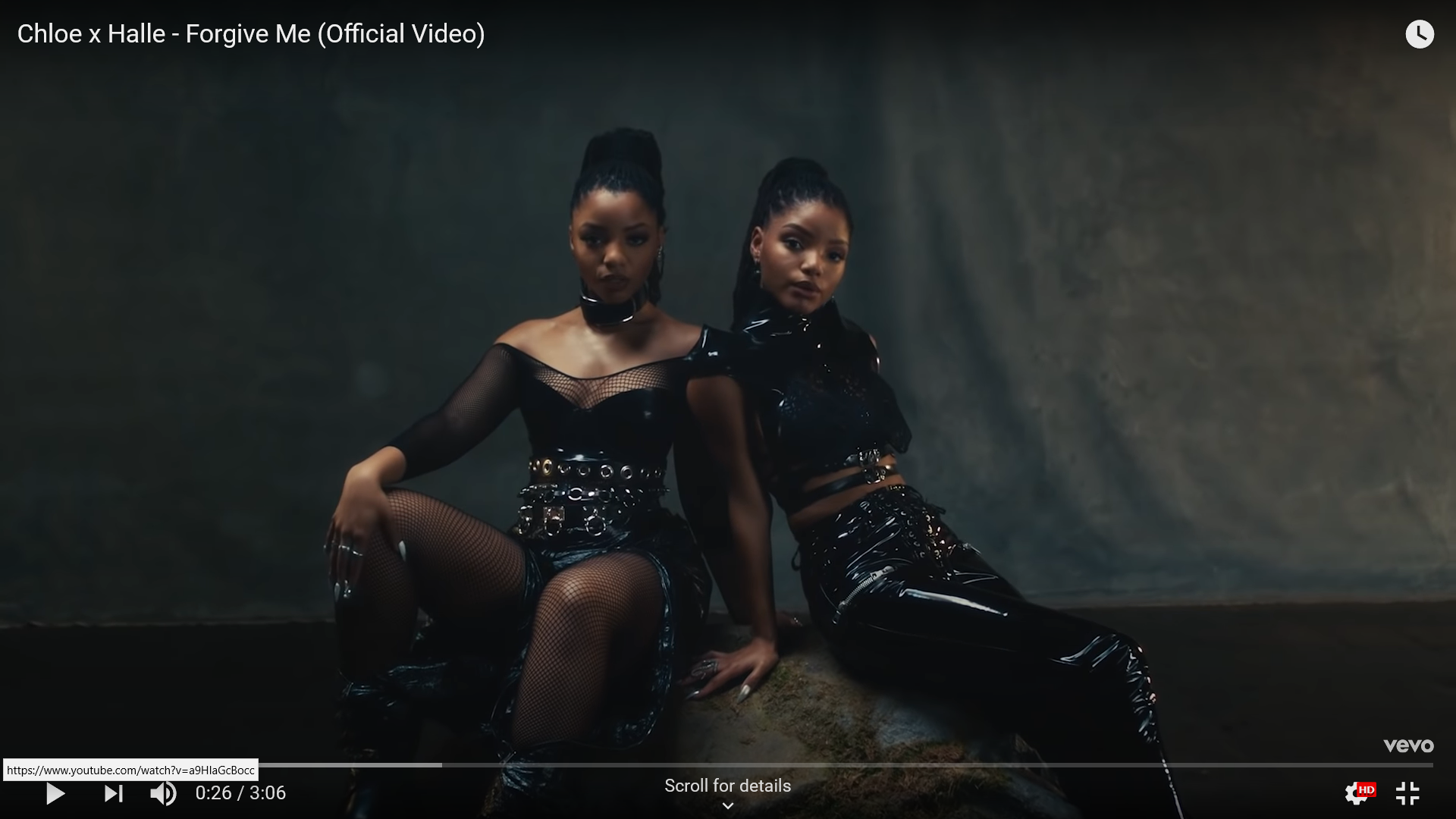 Talk about salivating over latex couture! We dare you to happen round the new Chloe x Halle video “Forgive Me,” and not have to catch your collective, alternative fashionista breath. The Hailey sisters dropped their super-hot, super-costume-cool video last week, coinciding with the release of their latest album, Ungodly Hour. As much a statement of female empowerment, a sexy three minutes of modern R&B, and a naughty couture offering, once you see this clip, you are going to want to see it again and again.

There’s a litany of PVC, latex, leather, and chain wardrobe on display. High-waist pants, bras, corsets, trench coats, and chest harnesses (worn by the pair’s male dancers) you name it, the sisters use every fetish wardrobe piece that we have all ever imagined, worn or hope to see in a modern video. On top of the video’s styling, the song has a deep sly groove, and the sisters are stunning, set center, and commanding a bunch of male dancers crawling at their feet.

Their flashing long silver nails, and eyes, don’t hurt the effects either.

The visuals here were produced by Beyoncé’s Parkwood Entertainment, the music company to which Chloe and Halle are signed. The sisters began their music career posting music covers on Youtube, where Beyoncé actually discovered them covering her song “Pretty Hurts.” (The pair subsequently opened for Beyoncé and Jay-Z’s world tour). The Bailey ladies have acted as well, and Halle has been cast as “Ariel” in Disney’s live-action remake of The Little Mermaid.

Ungodly Hour marks Chloe x Halle’s second album release. They gave us all their debut EP in 2016, a critically acclaimed mixtape The Two of Us, then their debut album, The Kids Are Alright (nominate for two Grammy’s) in 2018.

Check out the video for “Forgive Me,” here and groove on the look and the sound.