Talk About Accessorizing: The Continuing Mystery of Captain America’s Shield 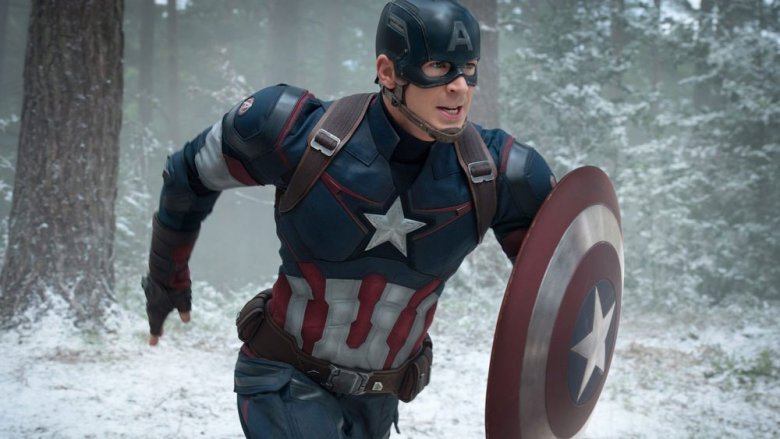 For us, latex wearers, some steampunk-fashioned goggles, certainly a high-heeled boot, maybe latex wristlets go far as just the right accessory for an outfit. And as we just saw traipsing across San Diego Comic-Con’s long weekend, cosplayers are very serious in their rendering of wardrobe, props, and surely their accessories.

For a superhero, what they add to their wardrobe could save them from injury or even death.

As Wonder Woman’s Bracelets of Submission (with their very own slightly fetishy real backstory) Batman’s Utility Belt, Captain America’s iconic accessory is his vibranium shield. In the new Captain America: Sentinel of Liberty #3 comic, we might very well now have a confirmation on who the creator of Steve Rogers’ shield is.

Let’s look at a bit of rendering history in this story;

1981’s Captain America #255 book revealed that the icon shield was created by American metallurgist Myron MacLain. Conveniently, for a good comic mystery, MacLain fell asleep during the shield’s bonding, claiming an “unknown element” must have been added during the creation, which was why he could not render the shield again. In that issue, it was further revealed that Doctor Agboje was the shield’s actual creator. Now, in Captain America: Sentinel of Liberty #3, through his travels to Germany, Captain America finds the “Outer Circle” organization in a volcano, where Agboje has left an important message. Of course, Captain America can’t get to this message without some mayhem, and questions do still remain if there’s more to Agboje and his creation of the famous shield.

The rich history of our fantasy characters, their mythic origins, and certainly how they come to their costumes, as much as their weapons and armaments, are what makes these stories so rich and iconic. Wherever Captain America’s shield might be from or who created it, we will undoubtedly stay enthralled by his adventures.