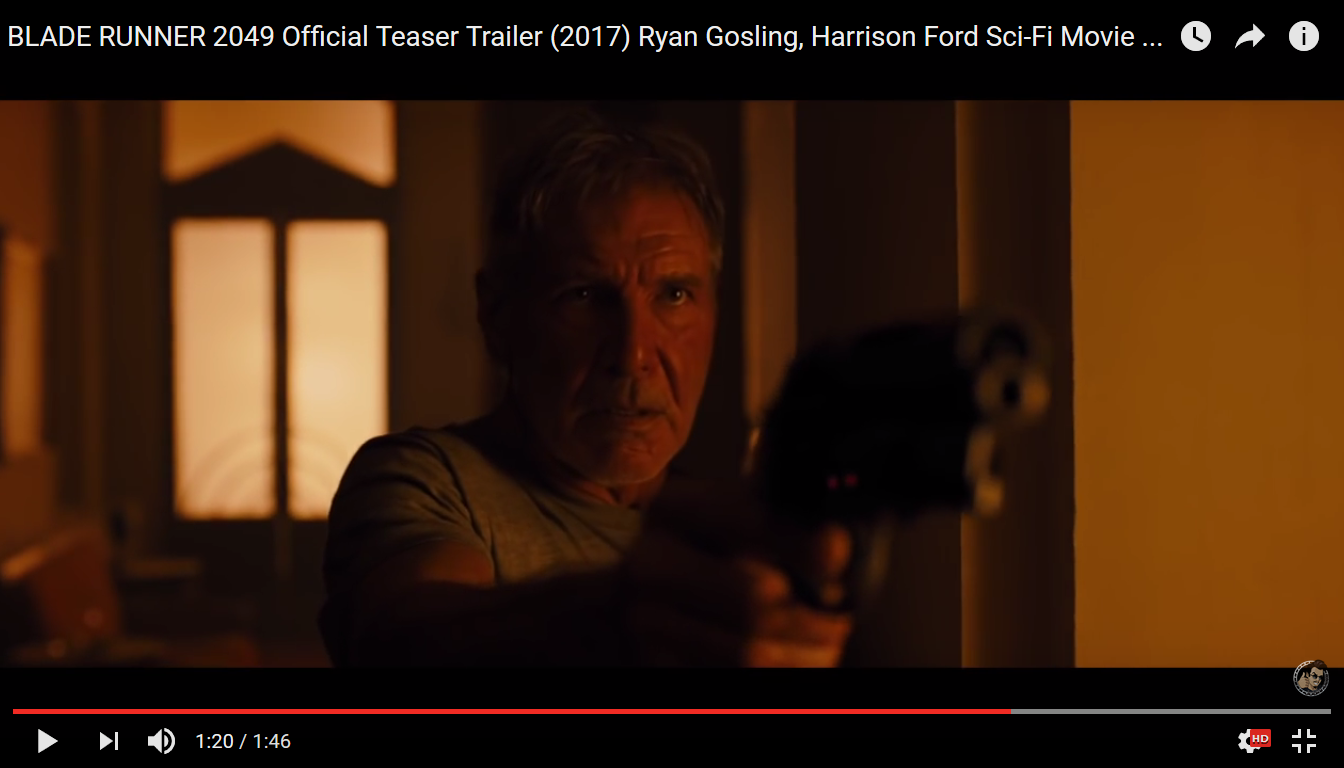 The brand new trailer for Blade Runner 2049, the sequel to the 1982 film, is as much making the rounds online presently (see here), as it made fans scream at Cinemacon 2017 just recently. If the trailer for this 2nd movie, directed by Arrival director Denis Villeneuve is any indication, we will all be slipping into this deliciously rendered universe once again come October.

This time around, Ryan Gosling plays a new blade runner, “Officer K,” stumbling across some heretofore unknown nastiness that could prove trouble for the rainy and dark film noir future of mankind. K comes looking for Harrison Ford’s “Rick Deckard,” not seen for thirty years (since the first film) and all kinds of mayhem ensues.

What makes Blade Runner such a tasty treat for all of us geeks as well as costume design lovers, is as much the look of the word created here, as the relentless action and high concepts we know we can expect. Less we forget, Blade Runner is based on the Philip K. Dick novel, Do Androids Dream of Electric Sheep?, and Dick was a master science fiction writer indeed. His presentation of alternate futures and realities is the grand stuff of classic science fiction.

As Ryan Gosling told the Cinemacon audience of that sci-fi rainy noir recreated in his film: “Every location was real, every set was there, every prop was functional. It was a fully functioning, living, breathing world.” And that “functionality” is what Blade Runner fans have been waiting for a very long time indeed.

The Las Vegas CinemaCon convention audiences also went crazy for the trailers of Spider-Man: Homecoming, The Dark Tower, Jumanji, to name but a few of the other fantasy films coming our way soon.