Behind the Scenes, Before Kylie Jenner-Part 3 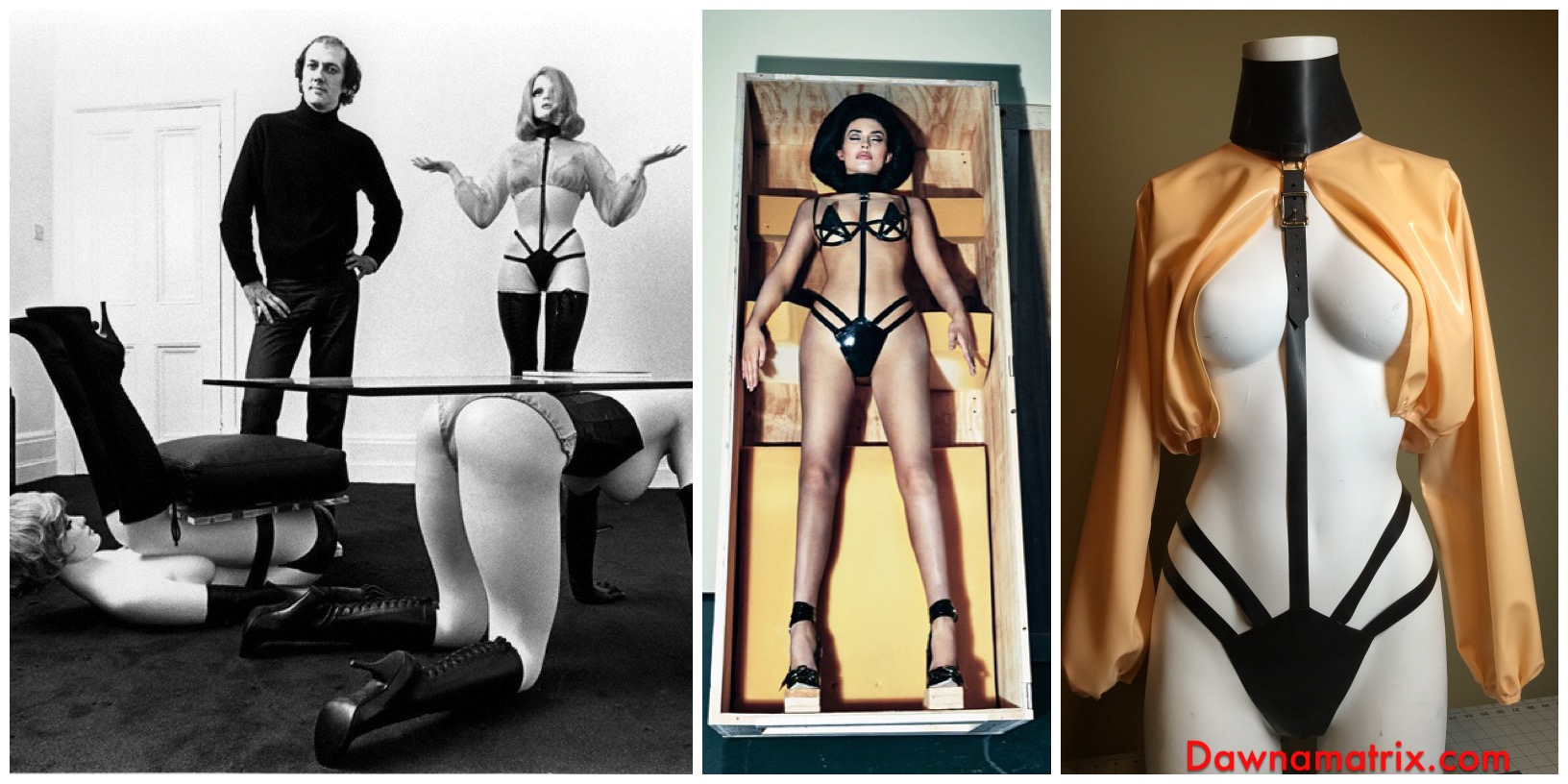 We’d like to profess some acute forethought that the Kylie Jenner Interview Magazine piece would make such a splash…that we’d know it would even court controversy as we reported in our last blog. But when Interview contacted us they did not mention who we would be dressing, nor did they let us in on the concept photographer Steven Klein was planning, a homage to Hatstand, Table and Chair. But as is our want, we did manage a bit of research over the particular garments we were sending and low and behold it became apparent that we were contributing to a pop art legacy. Little did we know until we saw the pictures this week that the living doll to be used here was none other than Kylie Jenner and that the pictures would turn out as wonderful as they did…with so much of our stuff used!

As much as there is no one style for latex couture, as we come to find and exploit a richer color palette daily and ever more unique textures to our pieces, we have found that there is just as much variety to the shoots, runways, T.V. shows, commercials and on-stage performances we place our latex to. Sometimes we indeed know beforehand, like when we outfitted Katy Perry or Pink, have an idea the clothes might make it to the performance in general if not on the main star (as it was when we outfitted Beyoncé’s dancers for Miss Bey’s 2014 VMA performance) and certainly we know which brand or magazine we will see our stuff in or representing. But the exact ‘street date’ that a magazine might hit (as in the case of the Interview shoot, we thought we’d see pictures of our wares on ‘someone’ in the new year) or even what episode a T.V. show will air (believe me, we were taping “Gotham” every week not knowing exactly when our tube socks would make it on) are not details we are always told.

The pictures accompanying this blog are images of the Kylie Jenner Latex garments used when we shot the pieces in the studio, some finished shots, as well as some referencing the Allen Jones’ shoot way back in the day. The opportunity to dress Kylie Jenner, to be involved with such talented people as stylist ‪Karl Templer, photographer Steven Klein, hair stylist Garren New York, artist’s Mark Carrasquillo on hair and Yuko Tsuchihashi on nails, and to see our wardrobe pieces in Interview magazine truly ends 2015 for us on the highest note.

We truly thank everyone involved.