Fetishizing The Clothes and Cars of Batman’s Universe 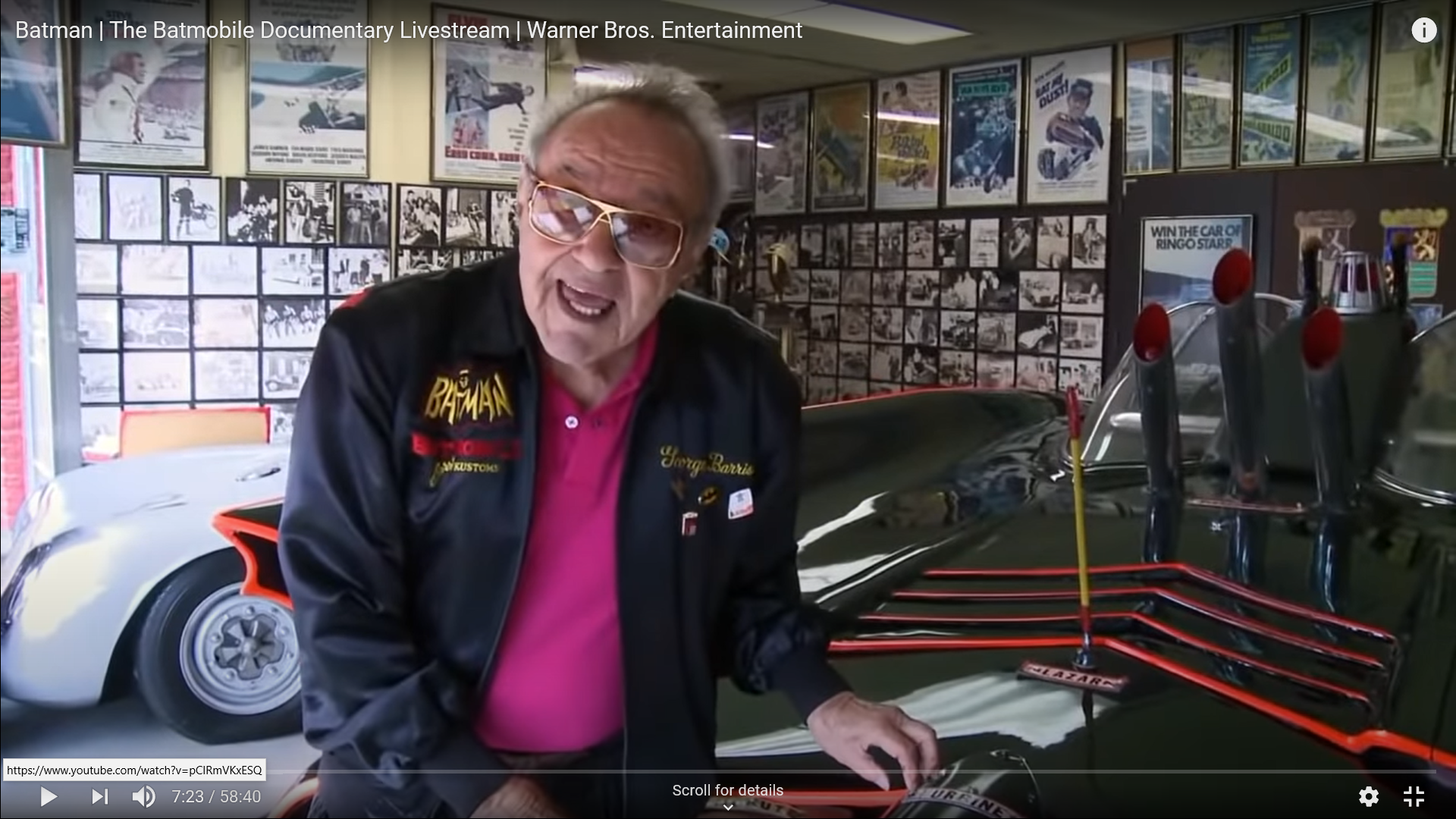 A delicious amount of dark action, latex, PVC, leather wardrobe tropes, and a fair amount of vehicle fetishizing was unleased on us this week. All from the wonderful world of Batman.

First, Warner Brothers are streaming their The Batmobile documentary across Youtube this week. The film features five of Batman’s cars through the years, wiith an especially delicious opening George Barris interview. He made the Batmobile for the ultra-campy Adam West “Batman: T.V. show, the Monkee Mobile, and KITT from “Nightrider,” to name but a few famous T.V.-show cars. He claims he was given the job to make Batman’s car, with a mere 15 days and $15,000 to complete it.

Directors of various Batman movies, including Christopher Nolan and Tim Burton, discuss the cars made for the films they directed in the Dark Knight’s saga.

This is a fanboy/fangirls’ dream 58-minute loving tribute and can be seen here.

Batman’s arch-nemesis also received some attention this week. D.C. released a first-look of the soon-to-be-released Joker 80th anniversary comic book celebrating the “Clown Prince Of Crime.” Here we get a slight variation of Joker costumes, as rendered across this multi-story book. The writers and artists working in this book include Mikel Janin and Jordie Bellaire, Brian Azzarello, Lee Bermejo, Scott Snyder, and many more. The usual Joker costume of purple suit with green accents is here, as is Joker wearing a yellow tie and boutonniere and in one very creepy read on the character, in the story titled, “Kill The Batman,” Joker’s wardrobe is a long dark trench, and a big hat covering all but his glowing eyes and manic grin.

There is also the introduction of a female baddie, “Punchline.” She sports red dots on her cheeks and nose, with blue lipstick matching her high ponytail, her crop top and skirt. She also wears purple tights and matching shiny seeming latex gloves, and thigh-high boots (or we can dream they are latex) with O’s and X’s painted at their top. A cosplayers dream to be sure.

This comic, which will be published on 6/9/2020, will sport five different covers.

As it always has, once again, the Batman Universe delivers such wonderful thrills.