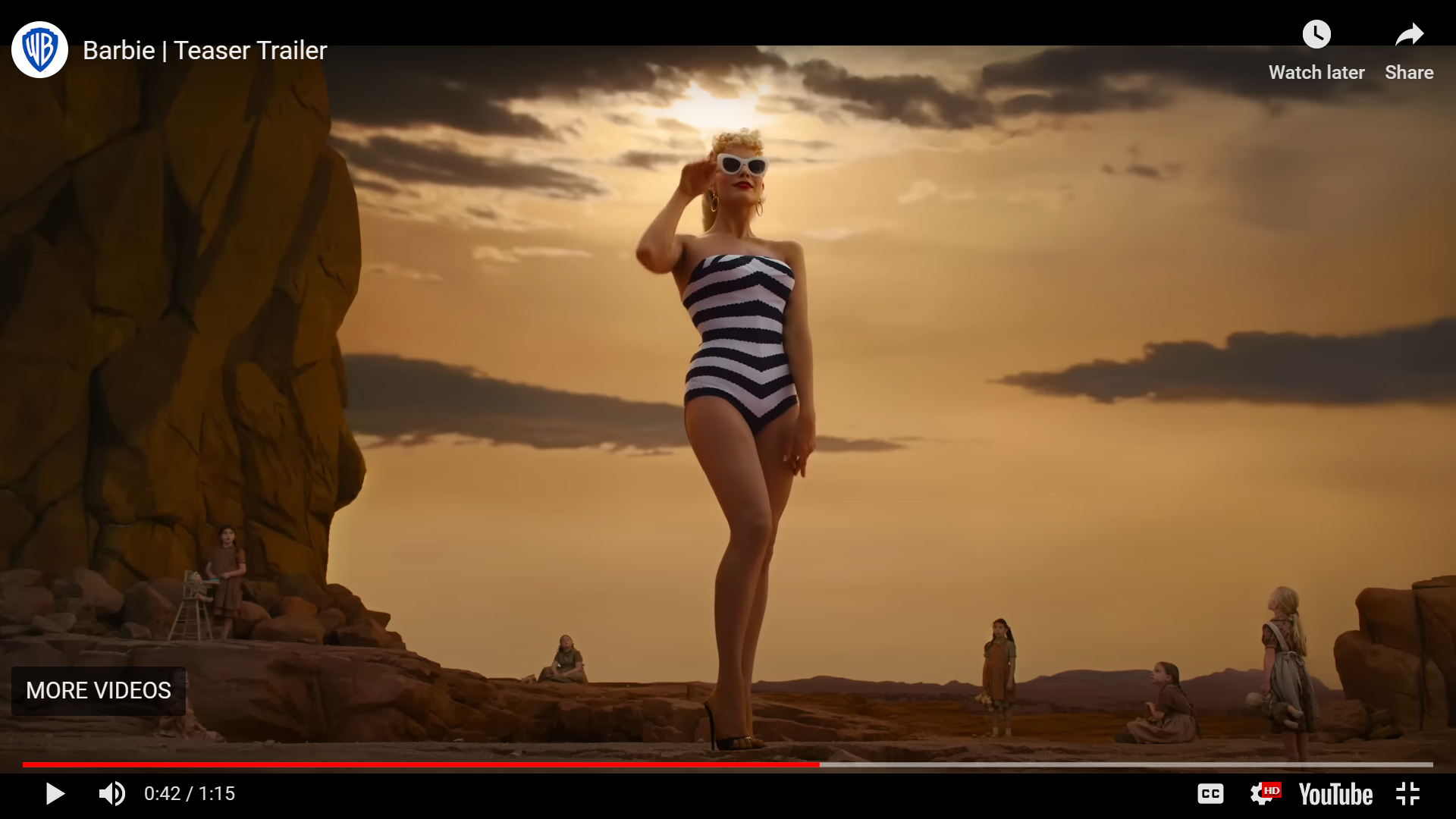 If we don’t get any latex in the film, we know we will at least see lots of pink. This is undoubtedly the go-to color for the upcoming “Barbie” film, starring Margot Robbie, soon to be upon us. The official trailer for the film dropped this week. And as we speculated way back in this blog when we all caught our first glimpses of Robbie and her cos-start “Ken,” Ryan Gosling, confection couture will be featured (and yes, heavy on the bright pink) in abundance through the costuming on this film.

As one can see in this brilliant send-up of the “2001: A Space Odyssey” opening, the movie’s trailer sets up the silly tone and, by mid-way, the bright fashions we will be treated to. What of the plot that has been leaked hints at an adventure where Barbie and Ken somehow get stuck in the real world, with Barbie suddenly having to deal with the challenges of being a ‘real’ woman.

In August, CNN Underscored published this listing of “pink wardrobe essentials” for anyone wanting to follow the popular Barbicore trend. By all accounts, the fashion trend truly began its ascendancy after design house Valentino showcased their 2022 collection, with clothes made of various shades of hot pinks. Since, and indeed with the “Barbie” movie premiering in July of next year, Barbicore is surely mining the zeitgeist.

For those interested, the essentials named by CNN include bright colors, minidresses, platform shoes, heart-shaped accessories, and lots of pinks and purples.

In addition to the trailer dropping, much was also made this week across the blog o’sphere about Megan Fox being seen at a Machine Gun Kelly show at the Audacity Beach Festival. Fox was wearing a cropped, rosy-colored bra top, matched with high waste pink pants and a fuzzy pink hat, and called out for her Barbicore look.