CinemaCon Gives Us A Peek At Barbie &…Wonka 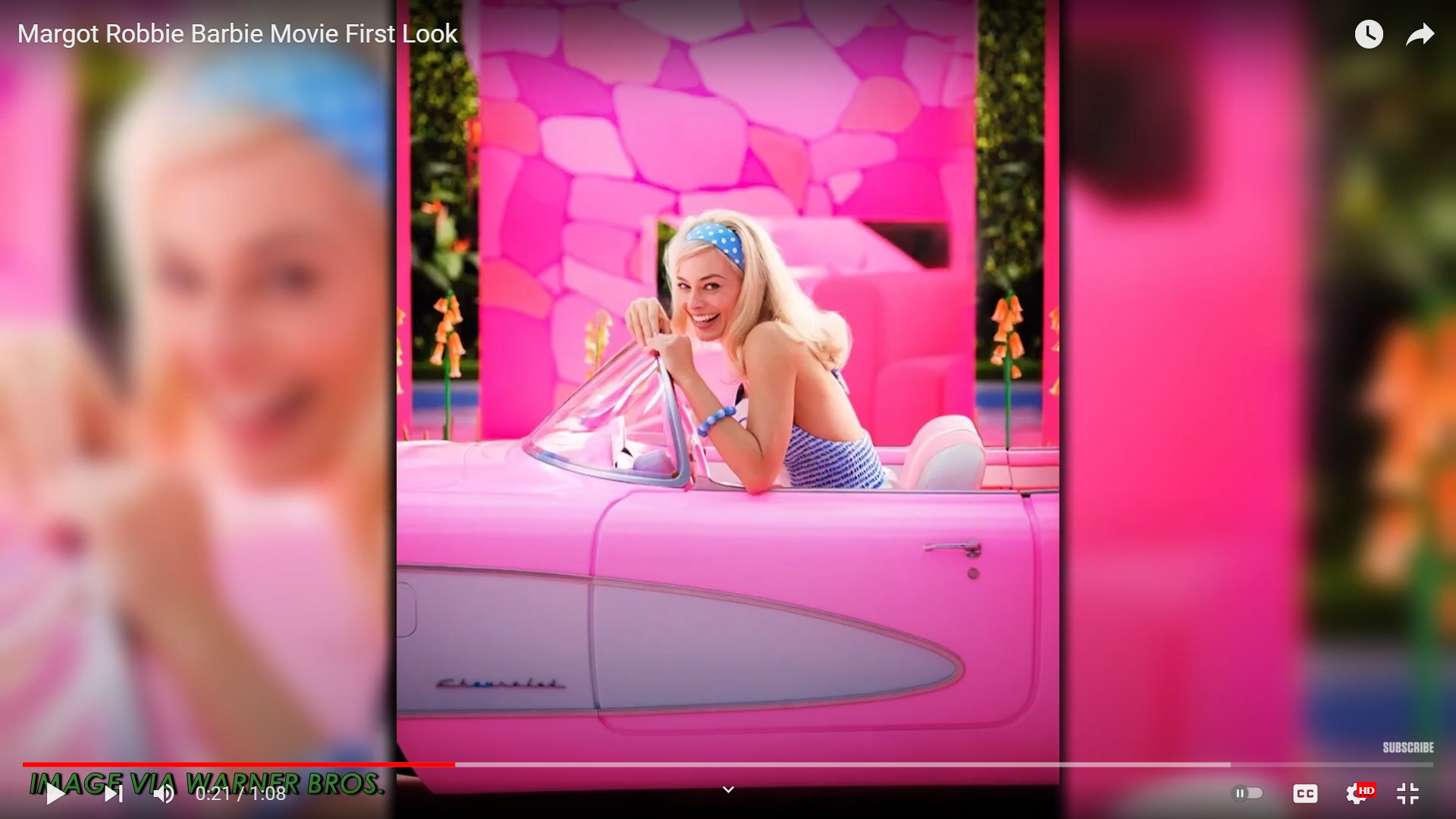 Lots of cosplay, maybe some latex, but certainly fanciful costume couture is coming our way with both Warner Brother’s Barbie and Wonka movies. Starring Margot Robbie and Timothée Chalamet, respectively, we got a real good peek at what these actors are wearing, playing these infamous characters, from CinemaCon presentations this week.

The shot of Robbie, sitting and smiling behind the wheel of a pink Corvette, wearing a polka-dotted headband, her loose blonde curls falling just about to her shoulders, in a blue-and-white halter top, and beaded bracelet accessory is too candy-colored adorable for words. Based on Mattel’s fashion icon-of-a-doll, the live-action comedy stars Ryan Gosling as perfect man “Ken,” plus Will Ferrell, Kate McKinnon, and Issa Rae, among others.

Robbie told “The Hollywood Reporter” back in 2020 that for this take on the toy’s story, we should temper our expectations that “Whatever you’re thinking, it’s not that.”

CinemaCon attendees were also treated to an early trailer of Wonka (coming Christmas time 2023). Wearing the signature Wonka velvet purple long coat and top hat, Chalamet sings and dances through one of what is sure to be many big productions in this film.

Whatever more we learn about Wonka, it’s safe to assume from what we have seen so far and what we already know, his wardrobe variety will not be as varied as the fashion icon influencer of every generation of young girls since she came on the scene in 1959.