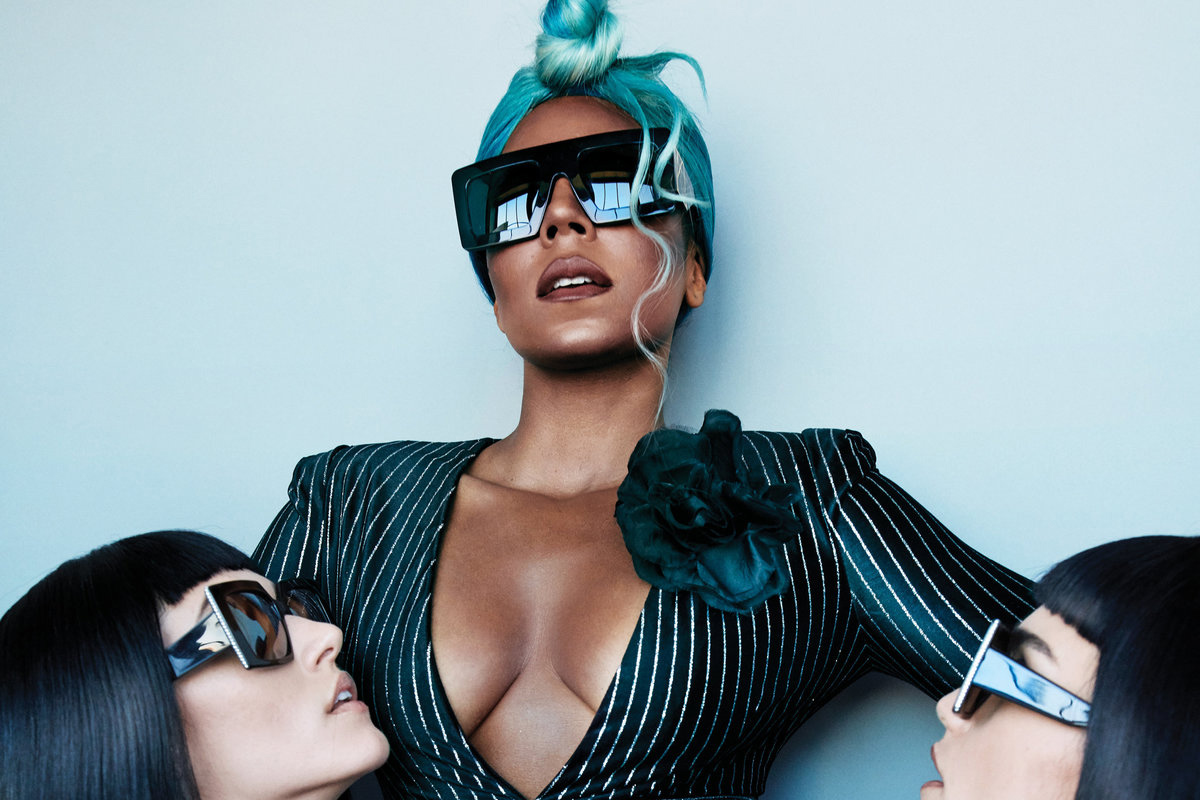 Although they have yet to have any of their celebs wear any real latex wardrobe in their effort to ‘Break the Internet,’ this month Paper Magazine is featuring Ashanti in some stunning couture.
In the “Ashanti Comes Full Circle” piece, writer Michael Love Michael with photographer Alexei Hay, give the world an updated look (and read) of the singer of  “Always on Time” & “Foolish.” As revealing as she is in what she gives forth of her life and career, the music and fashion business, Ashanti is just as ‘forthcoming’ in the wardrobe she wears in the piece. The 37-year old is the face of a new NYC-based line of clothing she helped to create with Isabel Deng, called “Miss Circle.” In Paper Magazine’s shoot, Ashanti shows off some of the signature looks among the 21 pieces of the line. She shows off a pin-striped suit, floor-length skirts, a form-fitting brightly colored gowns across the pictures of the article.
One might remember back in 2014 when Paper Magazine began this ‘Break the Internet’ idea, featuring an infamous sexy shot focused on a specific part of Kim Kardashian on an issue cover. Not that Kim (or her part) broke anything, save some blog and Twitter news that day, but Paper has kept to this concept, featuring the best, brightest and often most provocative stars of our day. In a culture besieged by daily attempts to steal the most clicks, downloads and overall views, Paper and every other magazine, print or digital, is doing all they can to bring eyes their way.
As with K.K., this new Paper Ashanti piece will probably not break anything. But we are reminded of the lady’s style and cool and get just the tickle we need in anticipation of Ashanti’s new movie and album called “Struck,” slated for release in 2019.