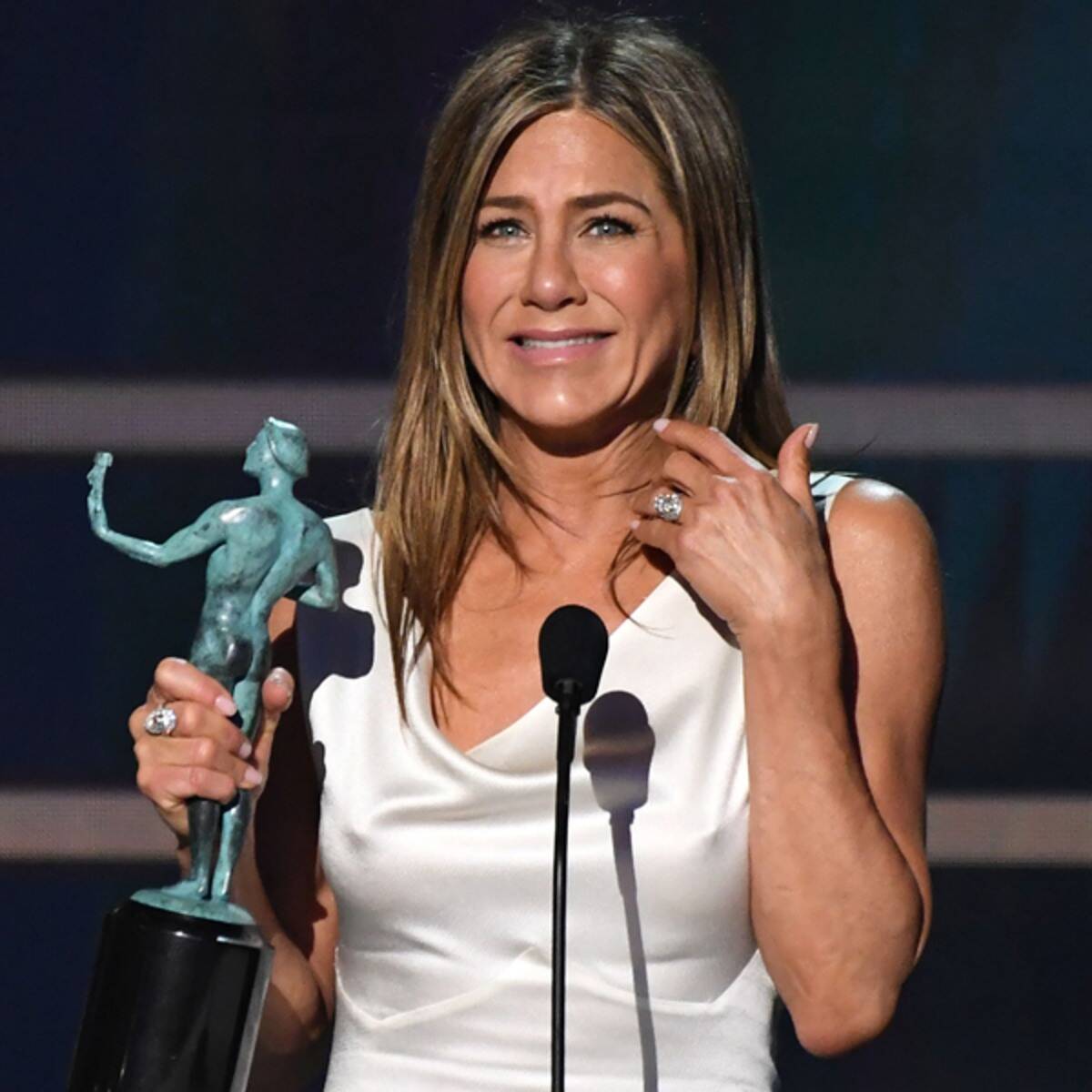 In recent months it hasn’t as much been a piece of latex wardrobe or any alternative fashion accessory that has gained trending traction across the web. As to be expected, given the end-of-year-into-the-new Hollywood award season shows, pretty much haute couture is getting the most attention. Shows like The Golden Globes, and the upcoming Oscars give viewers and fashionistas plenty of room for red carpet dishing and pining. What Jennifer Aniston stepped out in at the 2020 SAG Awards this past weekend presently has the net all abuzz.

Aniston took home the “Outstanding Performance by a female actor in a drama series” from her role on Apple TV’s “The Morning Show.” What was she wearing? A curve-hugging white satin dress from Christian Dior by John Galliano. Looking stunning, classy, and sleek fashionistas are as much applauding her wardrobe choice, as Hollywood was noticing how her ex Brad Pitt was so supportive during her speech. Still, many online posters couldn’t help but weigh in on how Aniston was championing (unbeknownst to her) the #FreeTheNipple movement.

Providing your weekly history lesson from Dawnamatrix: In 2012, filmmaker Lina Esco shot a documentary of herself running through Manhattan sans top. During the completion of her film, she posted teaser clips with the hashtag #FReeTheNipple. A year later, Facebook removed those clips claiming the nudity of Esco’s clips violated their guidelines. A year later, still, celebrities like Lena Dunham, Rihanna, and Miley Cyrus posted their own ‘free’ phots showing their support for Esco’ movement.’

The campaign has also gained attention in Iceland and England.

As to being a front runner of the cause, Aniston said in a Vogue interview that she “wears a bra,” but as she noted about her more ‘prominent parts’ “…it’s just the way my breasts are. But hey, OG, I’m not going to complain!”

Freed nipples or not, the John Galliano dress outfitted Jennifer Aniston like the star she is.