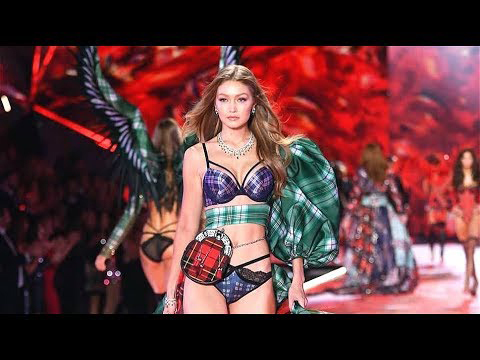 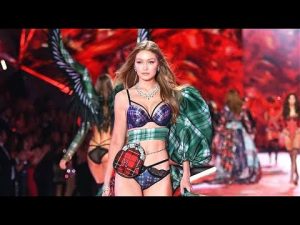 Even devotees of latex couture have to concede that each year the Victoria’s Secret Fashion Show does amaze. Returning to the U.S. for 2018 (the event happened in Paris in 2016, Shanghai in 2017) super models and music stars were on hand to rock NYC’s Pier 94 in startling lingerie and other VS wardrobe pieces.

As expected there were lots of ladies sporting the requisite ‘angel’ wings. This night was clearly notable though for the fact that super model and VS stalwart, Adriana Lima was hanging up her wings. Thirty-seven year old Lima managed a tearful walk out to a cheering crowd, this 2018 Victoria’s Secret Fashion Show marking her 19th and last walk down this particular runway.

On an Instagram post she said: Dear Victoria, Thank you for showing me the world, sharing your secrets, and most importantly not just giving me wings but teaching me to fly.

Also on hand were sisters Gigi and Bella Hadid (who did not walk last year) Lima, Elsa Hosk, Candice Swanepoel, Jasmine Tookes and many others. The lingerie and outfits the ladies modeled ranged from Gigi in floral tights, bra, shoes and a parachute-like floral train, as so much other ‘stuff’. In fact, quite often the models wore float-y, in some cases, even inflatable ‘banners,’  as much as wings this night. Also lots of sports bras, shorts and VS “Pink” collection pieces were revealed. And singer Bebe Rexha, sporting an all pink plunging bodysuit, matching raincoat and thigh-high boots almost beat the angels for eye-popping prominence with her own near wardrobe malfunction.

And of course, the one million dollar diamond-covered “Fantasy Bra,” was revealed.

Over the past few years the VSFS has also managed to feature music from pop, rap and rock’s most popular artists. Bruno Mars, Lady Gaga, The Weeknd, Katy Perry and even Kiss has made music at this event. This year, the aforementioned Bebe Rexha was on hand as was Shawn Mendes, The Chainsmokers, and The Struts to name just a few.

Audiences can enjoy the 2018 Victoria’s Secret Holiday Special, the TV airing of the fashion show, on Sunday, December 2nd on ABC, at 10pm.