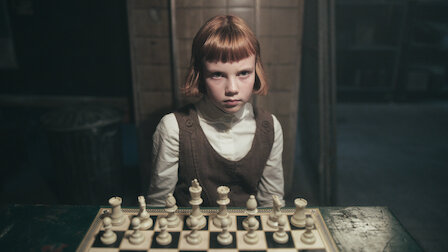 We could undoubtedly traipse back across the past decade and highlight some mainstream latex couture moments, expound on the more interesting alternative wardrobe scenes, opine on celebrity sightings of singular sartorial styling that ‘broke the net.’ But considering the hellacious year we all just lived through, seeing runaway shows going digital and masks become a ubiquitous fashion accessory, this first blog of the New Year is about Top Alternative Fashion Moments of 2021.

With lots of our superhero fare put on hold (or not released until just the end of the year like WW84), it was hard for any of us really to get our cosplay on over something released in 2020. Actually, some of the best finds of costuming from mainstream visual media came from the more popular music videos we were treated to during the shutdown. Megan Thee Stallion’s “Body” video and WAP from Cardi B (which also features Megan) saw lots of viewers stand up and take notice…as much from the sexy lyrics of these songs as to what the main players were wearing (and not wearing) in the videos.

In light of the shutdown, award shows like The Grammy’s or the 2020 CMT Music Awards featured music makers playing their latest hits and displaying haute couture in-studio, sans an audience. In this regard, two of the news-makers were Noah Cyrus and her performance of “This Is Us” at the 2020 CMT’s. She wore a nude bodysuit with a visible rhinestone thong and bikini top under, accessorizing with white boots, gloves, and cowboy hat. And for the 2020 Billboard Music Awards, among Alicia Keys in a slinky white bodysuit or John Legend in his classic white suit, Lizzo’s black mini-dress with the word VOTE printed across it, multiple times made lots of news.

A few of even more ‘interesting’ sartorial mainstream moments included: Tiger King’s Carole Baskin in a ‘cat’ get-up dancing to “Eye of the Tiger” on Dancing With the Stars, Kayne West’s mixing fashion and religion as only he could, presenting one of his popular “Sunday Services” at Paris Fashion Week and Vogue launching the #MetGalaChallenge, in the face of that super popular, NYC gathering not happening in 2020.

And audiences have seemed to have taken to streaming shows like Emily in Paris and The Queen’s Gambit and Bridgerton for stories as much as styles.

What will 2021 bring us? It’s anybody’s guess. Certainly, here at Dawnamatrix, as we have been saying for the past year, all any of us could hope for is for everyone to enjoy a healthier and happier way forward. But it’s fun to reflect on what 2020 brought us, revel in the fact that it’s over and guess what we might find for this new year and decade.