The Couture Keeps A’ Changing At the 2020 BET awards 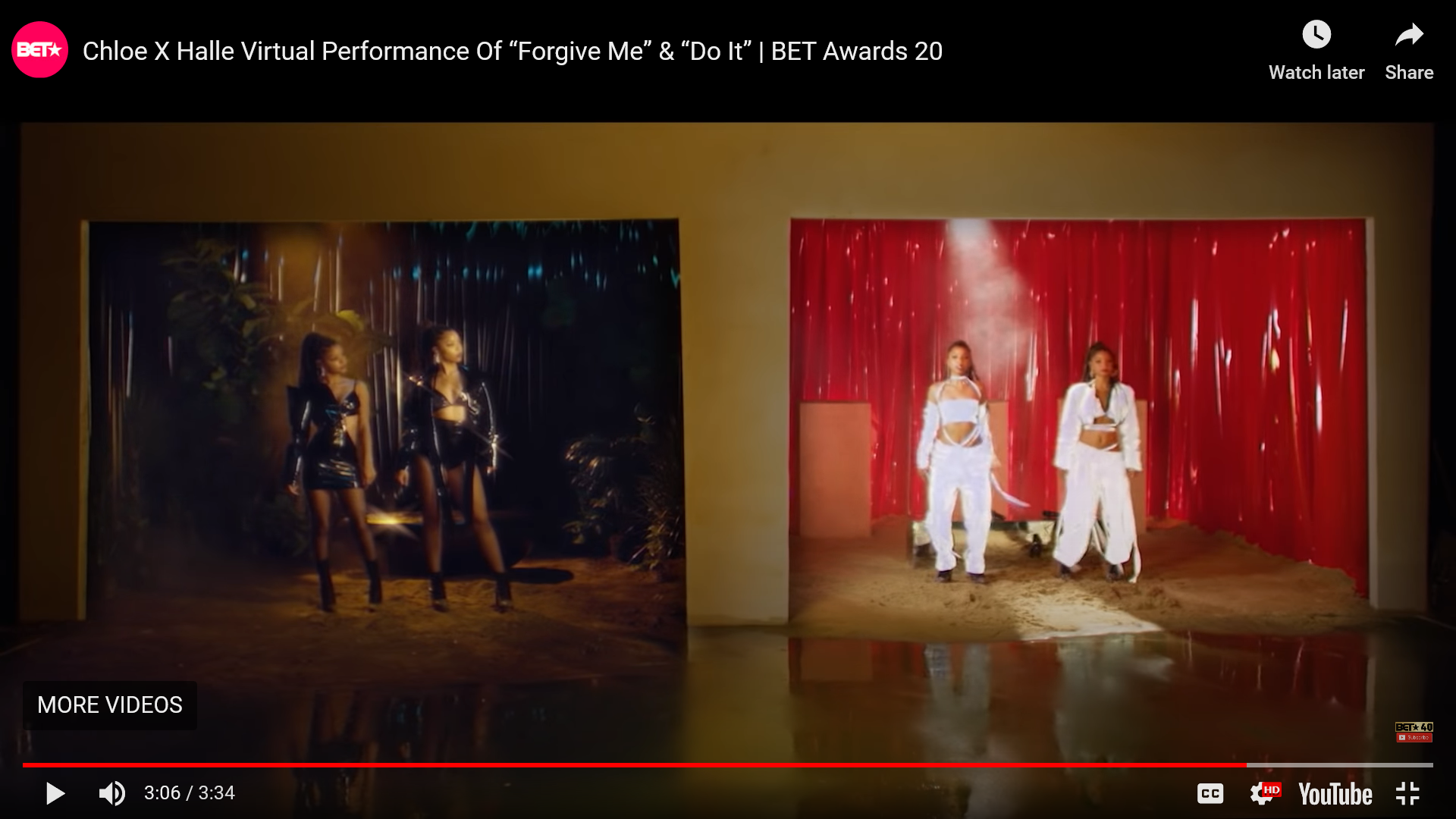 We all expected some amazing wardrobe displays at the 2020 BET Awards, maybe even some latex outfits or accessories. But there was an unprecedented dizzying array of outfits revealed across the all-virtual BET Awards show this Sunday past.

First off, host Amanda Seales ran through ten wardrobe changes in her three hours hosting. Then there were those fifteen different performances, each with an arresting sartorial turn, some with even more than one wardrobe change within it. The mini-movies featured Megan Thee Stallion wearing sexy black velvet in her Mad Max-like Vegas desert set. Beyoncé, who won the “Humanitarian Award” this night, showing a cavalcade of stunning fashions in her Black Is King film trailer. Miss Bey could be seen in metal heels, headpieces, and even sitting on a horse in a cow-print ensemble…and this is just the haute couture she wore! There was plenty more across the plenty more folks populating her clip.

Chloe x Halle might have managed the most unique visual of the night, and not just from what they wore.

Starting their performance wearing the latex we had been hoping for (Chloe wore a cutout mini, Halle high-waisted shorts, and bralette, and a blazer over a bralette), the sisters then switched to tracksuits (cargo pants and crop tops with sashes) made of 3M reflective fabric. At the end of the clip, they could be seen dancing and singing side by side in a ‘box’ split-screen showcasing both Zerina Aker styled outfits they had on.

BET actually aired a Saving Our Selves: A BET COVID-19 Relief Effort show back in April, seemingly predicting this all-virtual award’s show. Whether this 20th-annual BET Awards was a harbinger of things to come or an anomaly, there is no mistaking that the show this past Sunday night gave us lots to look at as well as to hear.