The 2017 Her Universe Fashion Show 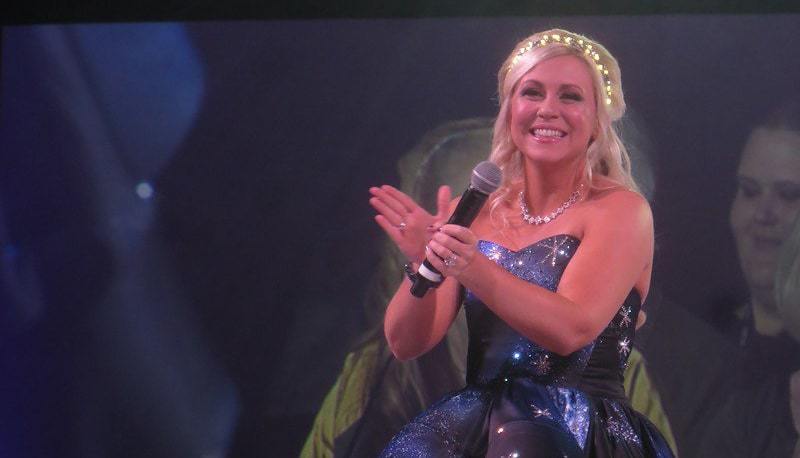 Yes, the latex costumes do manage to sneak in, but generally it’s a full cornucopia of latex, PVC lace, leather and pretty much anything else you can care to name that makes the cosplay scene. At San Diego’s Comic-Con 2017, attendees are showing up in all kinds of imaginative homemade wear and for the 4th year in a row Hot Topic and Her Universe celebrated this fantasy fashion at the 2017 Her Universe Fashion Show.

The show, presented Thursday night in the Hyatt Grand Ballroom of the Manchester Grand Hyatt was themed, If You Can Dream It, You Can Do It. Twenty five finalists participated while three designers won for their costume creations. Her Universe’s Ashley Eickstein opened the runway show in a dress sporting hand beading of over 5000 crystals, made by 2014 Her Universe Fashion Show winner, Andrew MacLaine.

Twenty five finalists participated here (there was 26 but one dropped out) culled from submissions sent in at the beginning of March this year. Winners on Thursday presented designs inspired by “Doctor Strange,” “Princess Mononoke” and Fan’s Choice winner Grace Johnston’s “Don’t Panic,” design inspired by The Hitchhiker’s Guide to the Galaxy (Grace’s outfit was constructed completely out of towels.) “Star Wars,” “Guardians of the Galaxy” and “Stranger Things” also served as inspirations.

On the panel of judges this year, Judges Hannah Lee-Kent, Jesse Thaxton and Camille Falciola-last year’s winners-actually created a Hot Topic “Wonder Woman” collection this past year. That collection proved to be one of the all-time best-selling collections in the company’s history. Johnston and her two other winners will be designing a collection for Hot Topic based on Disney Princesses this yer.

Furthering the Disney connection attendees at the show also got a sneak peak of an upcoming episode of Disney’s “That’s So Raven” T.V. show.

Initially, there were supposed to be two winners at the 2017 Her Universe Fashion Show; judge chosen award and an audience chosen award, respectively. But a judge’s tie led to Grace Johnston being included.