And Once Again, Xtina Steps Up in Latex Plus 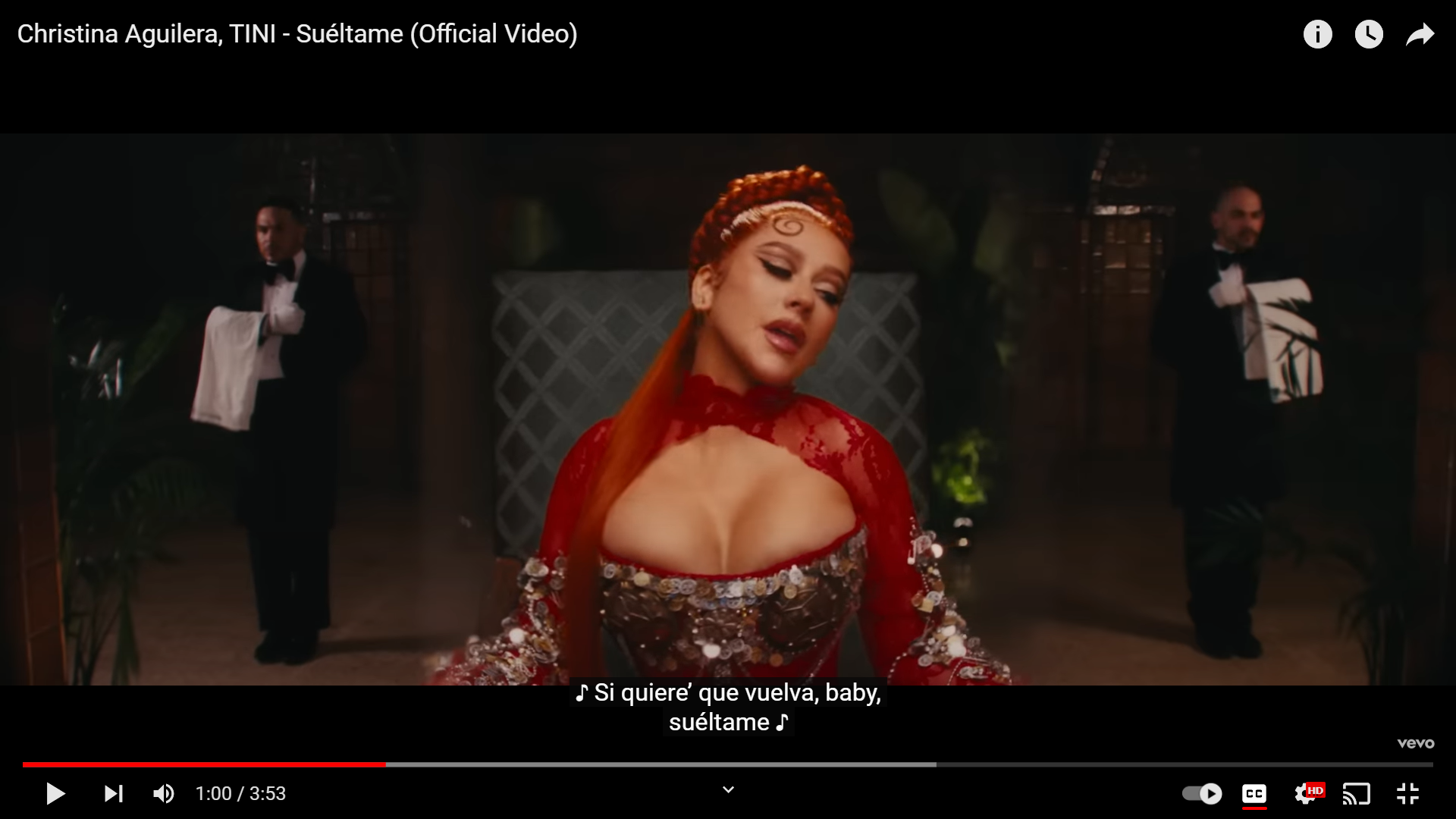 From a video released this week to her performance at the Starlite Festival in Spain, Christina Aguilera once again brought her unique style and quite a bit of fire to her couture, wearing both latex and lace.

In the new video for her song, “Suéltame,” with Argentinian singer Tini onboard, Xtina switches from her signature platinum blonde hair to fiery red. The video, centering around Aguilera playing the matriarch of an obviously nefarious family, starts with images of raspberries, blood, a snake, and quick cuts of Xtina stroking her beautiful cheeks with sharp gold point nail caps. In the first long shot of her and the other characters, seated around a dinner table as they are, we finally get to see the amazing red lace ensemble she is wearing, with its daring décolletage, a look only this diva could pull off as wonderfully as she does.

For Tini’s solo shots, she wears her long hair in two braids and is set stunning in a shimmery slip of a bodysuit that hugs her lithe frame perfectly.

Aguilera does manage a second wardrobe for the video, her hair down this time, wearing an off-the-shoulder tight cream gown. By the video’s end, we see the rich and tall raspberry cake might indeed have been made with poison, as Aguilera’s last stunned reaction ends the film.

Although the video is stunning, it was Aguilera’s performance Monday night in Spain where we see some great latex accessorizing. Accompanied by her flock of backup dancers, the diva wore a sheer black, long-sleeved top under a silver corset bodysuit. She matched her top with black thigh-hugging latex chaps and fishnet tights.

She did change later into thigh-high black booties and strutted the stage in oversized black sunglasses while pulling her blonde hair into a ponytail.

So, let’s celebrate Christina Aguilera once again for her wardrobe taste, on stage, and in the video. And for wearing latex once again.