Turning Back Time And Believing in Cher 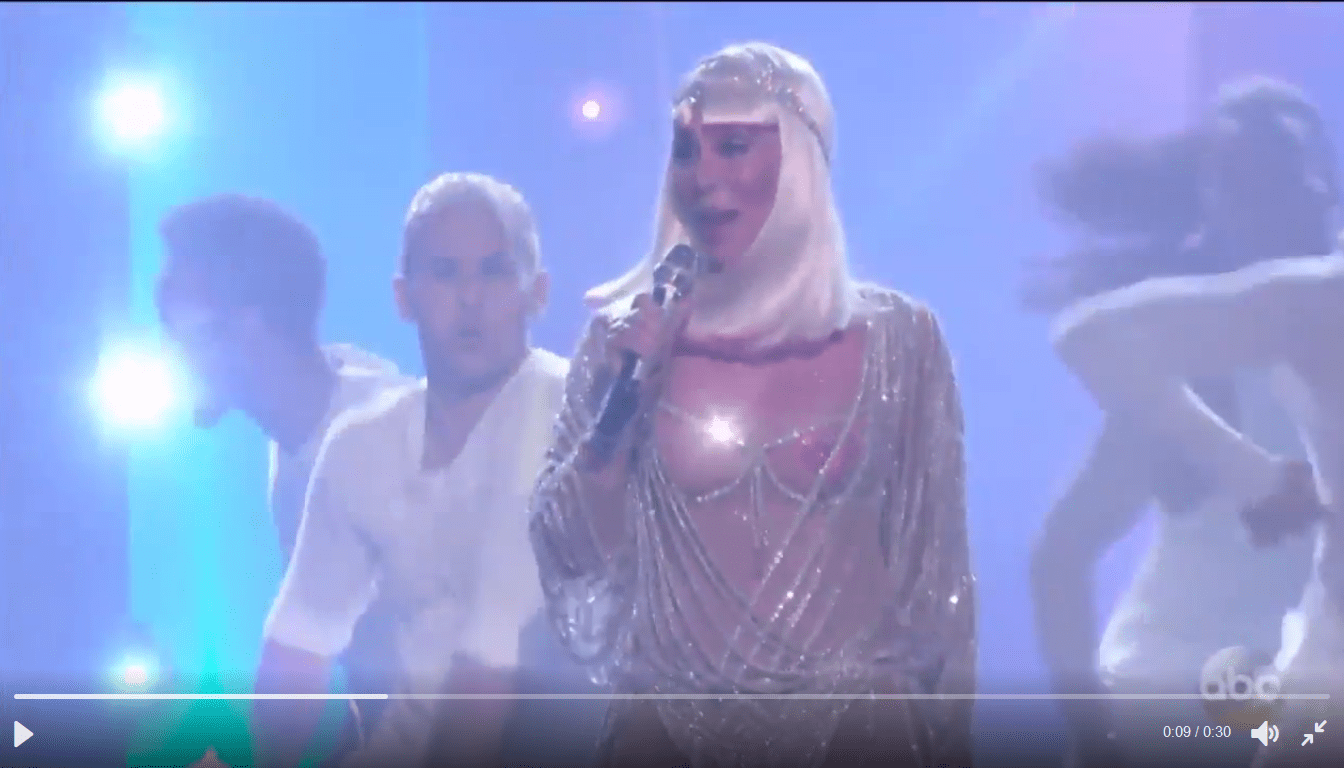 And here we have been going on about making Katy Perry latex for her latest video, “Bon Appetit” (of which we are infinitely proud). But did you catch Cher at the 2017 Billboard Music Awards this Sunday past? Katy P., Rihanna, all our reigning pop divas would have to give a nod to Cher, who wowed the crowd the other night down at the T-Mobile Arena in her first award show appearance in fifteen years.

Drake did his thing in the fountains of the Bellagio, Nicki Minaj appeared as well, but Cher came out to sing “Believe,” then “If I Could Turn Back Time,” in two outfits that not only showed off her figure but set the net ablaze…with how well she showed off her figure.

For “Believe” the 71-year-old supreme diva wore a pink-tipped white wig, heart-shaped pasties, under pretty much a naked dress with pearls and fringe and matching white fringe boots. For her second song, Cher hit the stage with an even more daring costume design, wearing her iconic-and revealing-mesh catsuit, leather jacket and curly black wig we all saw in her video for 1989’s “If I Could Turn Back Time.” This is the video where Cher cavorts on an aircraft carrier and has more than one occasion to show the black rose tattoo on her booty.

This is a woman who dress designer Bob Mackie said had the best armpits in the business. Who night after night on both her Sonny & Cher and solo t.v. shows would strut, sing and stand to model some of the most amazing outfits Mackie and others could think up. Who took performance haute couture to a level still unrivaled. To show as much of herself as she did the other night, rock such eye-popping stage costumes, and still look (and sound) as good as she does, is a testament to feminism, old time pop stardom and to the classly lady that has always been, Cher.