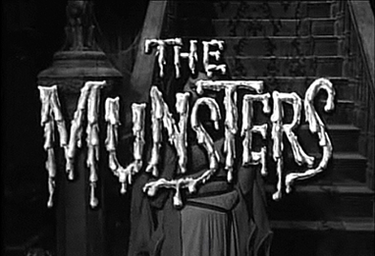 It seems we can trust Rob Zombie with latex, prosthetics, and costuming. If the rock star/horror movie director’s recent postings are any indication, his upcoming big-screen reboot of “The Munters” might just be the most fantastic spin on a 60’s sitcom to movie ever.
Launched in September 1964 and running to 1966, The Munsters was a spin on American sitcom staples in that the show depicted a satirical look at 1960’s home life. Fred Gwynne starred as the Frankenstein monster head of the household, Herman, Yvonne De Carlo played his wife “Lily,” a lady vampire, swirling through the house in flowing robe gowns. Al Lewis, an early guest on Howard Stern’s radio show, played an aging vampire, Lily’s father, answering to the name of “Grandpa.” Butch Patrick played Herman and Lily’s werewolf son “Eddie.” In a twist, blonde Beverly Owen, (as well as Pat Priest), played the non-monster, ‘normal’ teenage Munster niece “Marilyn.”
And the hijinks ensued.
Nobody yet rightly knows what Zombie plans for this movie. It will be rated “R,” though, so it’s sure to take a few liberties from the 60s sitcom. But in this article and many more that were seen this week. Zombie showed off Grandpa Munster’s cape, a diaphanous spiderweb wrap, and Herman’s ‘flathead appliance.’ Zombie revealed the costume pieces via a workshop in Budapest and a picture of the area where he and his crew will be setting up the neighborhood around the fabled Munster house, address 1313 Mockingbird Lane in the fictional city of Mockingbird Heights.
As fans of the original show can attest, or even a casual network syndication junkie might notice, the costumes used in the original series ran rather faithfully to the classic Universal Studios’ horror films of the ’30s. It was this ‘look’ as well as the good-natured satire that has truly endeared the show to generations. It might also be exchanges like this one below, something Herman told Eddie in one episode, that also struck a chord way back when as it does now:
“The lesson I want you to learn,” Herman says, “is that it doesn’t matter what you look like. You could be tall or short, or fat or thin, or ugly — or handsome, like your father — or you can be black or yellow or white, it doesn’t matter. But what does matter is the size of your heart and the strength of your character.”