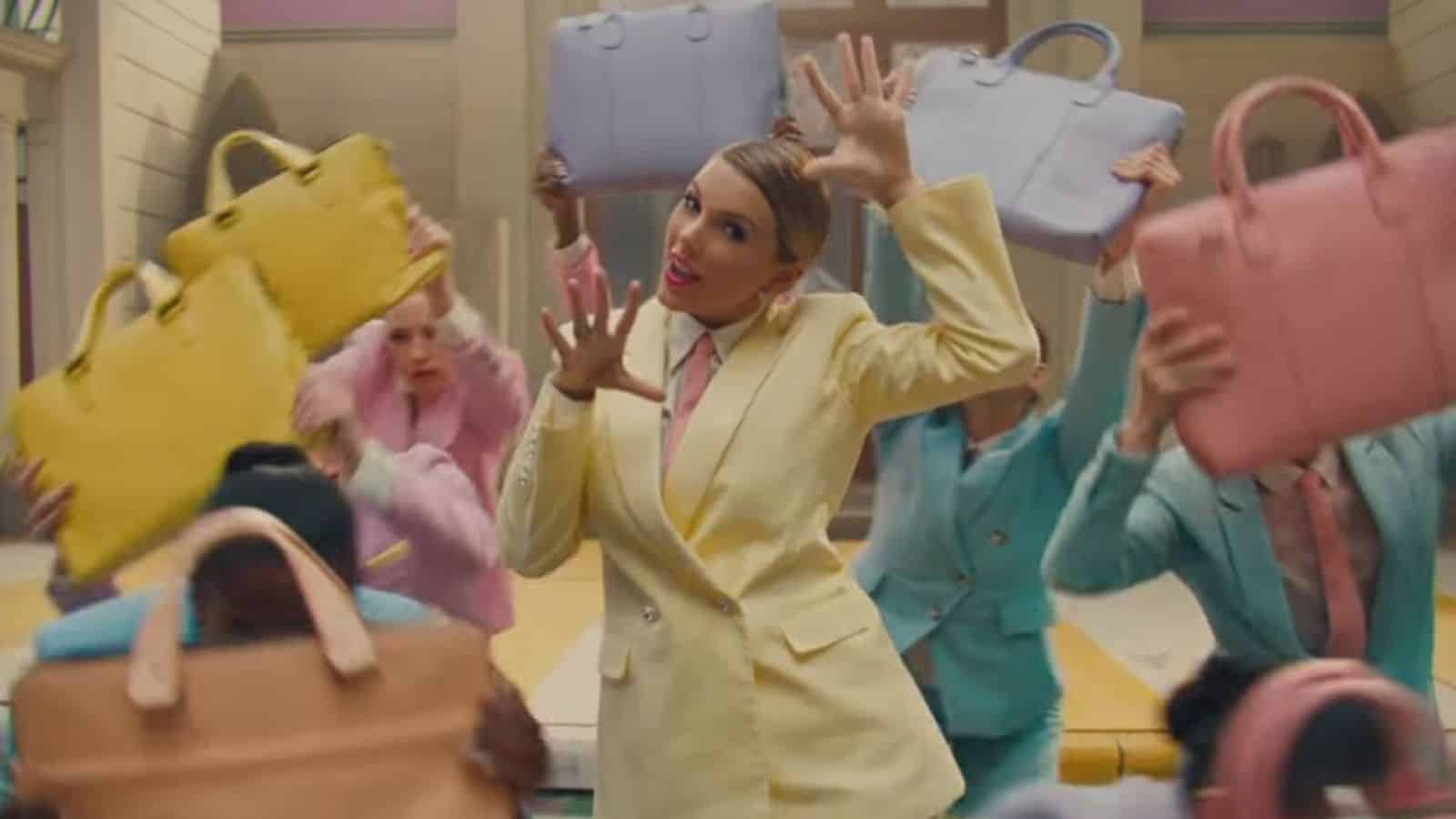 It’s telling that Taylor Swift just dropped her new video for her song “ME!” a week past Easter, the clip is full of bright pastel colors, and super confectionary-like wardrobes…though no latex. Posing with lots of butterfly and rainbow colors across Instagram lately, Taylor seems to be continuing the bright color trend here.

After a snake slithers across a multi-colored brick walk, exploding into butterflies, ME!’s music gets going when Taylor steps out of a room after a brief argument, in French, with Brendon Urie, of Panic! At The Disco fame. Uri duets with her here. The colors really start popping when Taylor struts down the street and her dancers join her. Each is wearing a pastel Easter Egg-colored suit (as is Taylor) hair pulled back, and running around with equally colorful clutches.

The lyric of empowerment hammers as next Uri comes jumping off a balcony, grabs an umbrella and floats into the scene. He joins Taylor as she sits atop a unicorn statue, in what is the first of an impressive sight gag of the dress she is wearing melting its colors down like rain below her.

Later on, Uri and Taylor dance together in a 60’s-like concert setting, Taylor in a short mini dress, and then they seem to be channeling The Wizard of Oz, with lime green haute couture all around; Taylor in a bodysuit, cape, boots, and hat. At the very end of the video we get that melting dress visual again, this time Taylor’s poofy colorful skirt melts as the video plays off and creates colorful rain.

Much is being made already about supposed ‘Easter Eggs’ embedded in this Easter Egg-color video. Reading across a quick snippet of conjecture a few fan sites offered:

Whatever Taylor Swift may or may not be after in this lush costume romp, ME! certainly is a stunning visual achievement.