Where Do Old Stage Costumes Go? 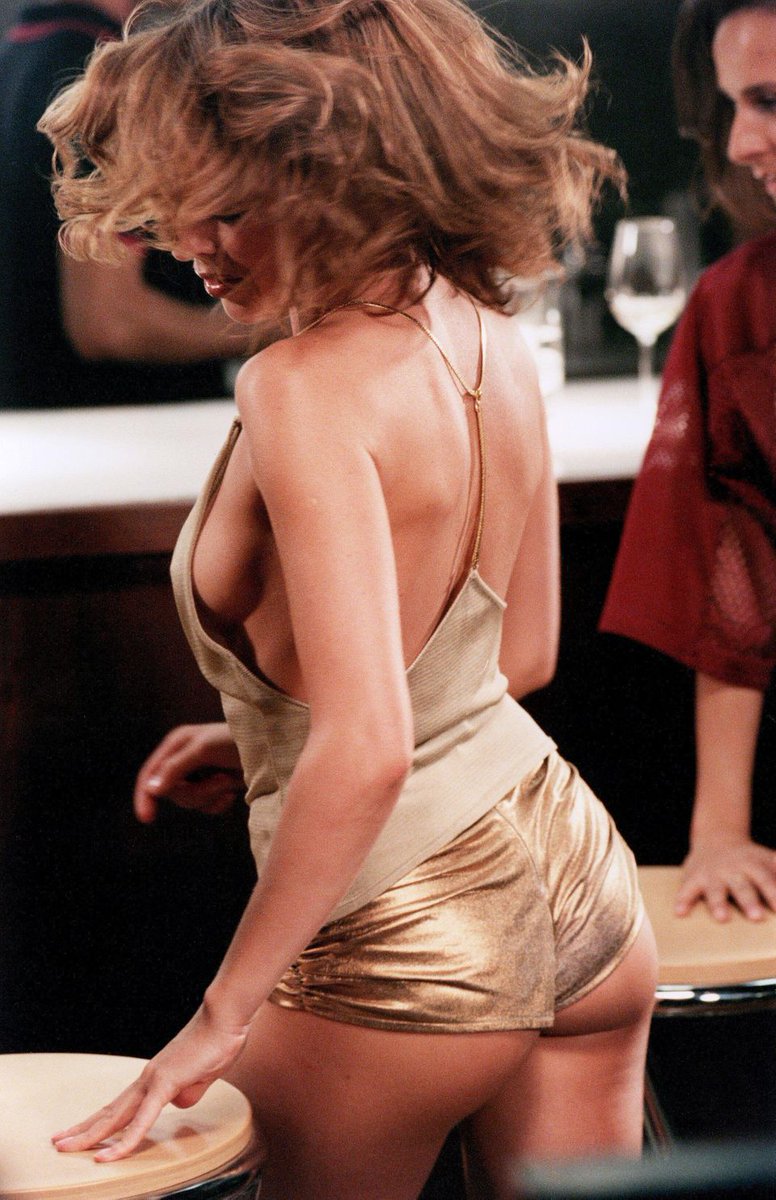 Be they a pair of latex pants, Madonna’s Jean Paul Gaultier Cone Bra, or Elvis’ Nudie Gold Lame’ Suit, there are plenty of iconic costumes that our biggest stars have worn currently displayed in museums around the world. Stamped on our brains we often can’t separate the performers we love from those clothes they wear, whether we saw them in them cavorting across a concert stage, walking a red carpet, or posing in a video.

Kylie Minogue just recently found her infamous gold hot pants in an exhibit at the Western Australian Museum. This museum in the 53-year-old singer’s home country, already had plenty of Minogue’s stage costumes on display. But the eye-catching hot pants from her 2000 video, “Spinning Around” (see here) have just recently made the collection.

Back in May, we alerted you to The Beautiful Collection: Prince’s Custom Shoes exhibition that had just opened at Paisley Park. Located in Chanhassen, Minnesota, the large white brick Paisley Park served as the nerve center for all of the Purple One’s kingdom, from recording studios to his bespoke costume shop and offices. P.P. has been turned over in part to a museum featuring Prince’s instruments and much more clothing than just his shoes.

In Kansas City’s famous 18th and Vine Jazz District, the Smithsonian-affiliated American Jazz Museum houses instruments, films, and listening stations, revealing the history of arguably the only genuinely American-born art form. At this museum, too, one can find plenty of vintage stage costumes, most notably an iconic gown worn by the equally iconic Ella Fitzgerald.

And over in Lubbock, Texas, the birthplace of Buddy Holly, one can visit with a whole bunch of Buddy Holly ephemera at the Buddy Holly Center. Among the many items collected here is the ultimate accessory, Buddy Holly’s famous eyeglasses, saved from the wreckage of the plane crash that took his life.

On exhibit currently in museums, studios, and certainly around the Hard Rock Café’s around the world, there are so many great costumes to see from the very best musicians through the ages.