Sometimes It Really Is All About The Corset 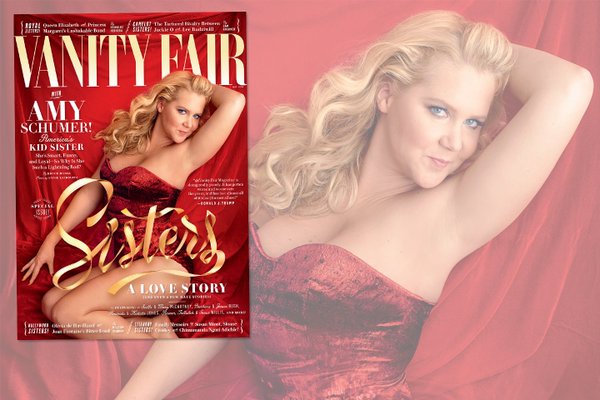 It seems the corset (latex, lace, leather) is coming into its own. For the just-released May issue of Vanity Fair, Amy Schumer rocks a red form-fitting corset, in an Annie Leibovitz-shot cover (with hair by Kimberly Gueldner, Andrea Tiller managing some spectacular make-up and Amy’s nails done by Deborah Lippmann).

Vanity Fair seems to gravitate towards this sexy lingerie must-have time and again. Caitlyn Jenner wore a corset for her cover and debut in July 2015, named best cover of the year by the American Society of Magazine Editors; Kate Upton posed in a Marilyn Monroe homage in corset-with cake-for V.R.’s 100th anniversary issue and Katy Perry even gave it a go displaying her attributes in a corset for V.G.

Amy Schumer not only poses in a red corset for her recent cover, but sports one of glittery gold inside.

Yes, when it comes to fashion statements, we sexy costume, cosplay, latex outfit wearers have known the power of a corset (for both men and women) for a very long time. You know how it goes, they eventually catch-on to what we have been doing for decades. They suddenly realize that you might just turn heads by wearing specific pieces of lingerie on the outside of your clothes…or just the lingerie with a little jacket over it. Or they start taking to a specific material-latex maybe-because one or two big time celebs get seen out and about it a latex catsuit once in a while, or somebody sports a pair of leather gloves to the elbow. We can’t be haters for the John·ny (or Jill)-come-late·lies though, they are just getting hip to what we have already known and have to be patient enough to lead by example about.

Here’s to the corset, Amy Schumer and Vanity Fair, once again leading the way.