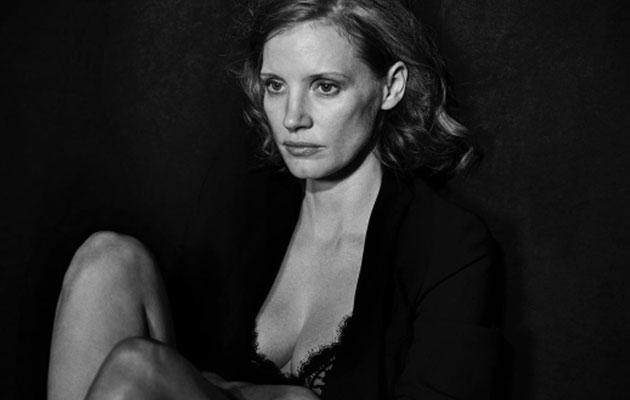 Not that we’d ever expect latex accessories or any other kind of fetish gear, but the infamous Pirelli calendar promises something else they won’t show for 2017 (other than little wardrobe on their models as usual). The calendar’s photos will not be digitally enhanced in any way, a true alternative to what Pirelli has managed in the past, to be sure.

As has been a tradition now for 44 years, the Italian tire company will once again publish their calendar of stunningly beautifully photographed women pretty much close to nude. But in this year’s Pirelli’s calendar of black and white photos, photos of famous movie actresses actually, photographer Peter Lindbergh is letting his work go untouched by digital editing. It seems we will get all the wrinkles and blemishes (all of those ‘imperfections’ we all have that make a body and face all that much more interesting) on the calendar’s participants. This year’s list of the Pirelli models include: Jessica Chastain, Penelope Cruz, Nicole Kidman, Uma Thurman and Lupita Nyong’o.

There is also one non-actress included in the mix, Anastasia Ignatavor, a teacher at Moscow State University.

Lindbergh states he wanted “to create a calendar not around perfect bodies, but on sensitivity and emotion, stripping down to the very soul of the sitters, who thus become more nude than naked.”  And actress/model Urma Thurman weighed in with: “I think Peter’s mission with everyone involved wanting to free women from oppressive and false standards is fantastic.”

Although the no photo-shopping rule is something new to Pirelli and for any calendar of this type, the blog-o-sphere jumped on all this news by pointing out that this time around Pirelli did not include a woman over size 8.  But among the actresses featured in 2017 are Charlotte Rampling, who is 70 years old, and Helen Mirren, who is 71.

A few hurtles at a time it seems …

1 thought on “Pirelli Says No”