Giles Walker Has Got A Lady For You 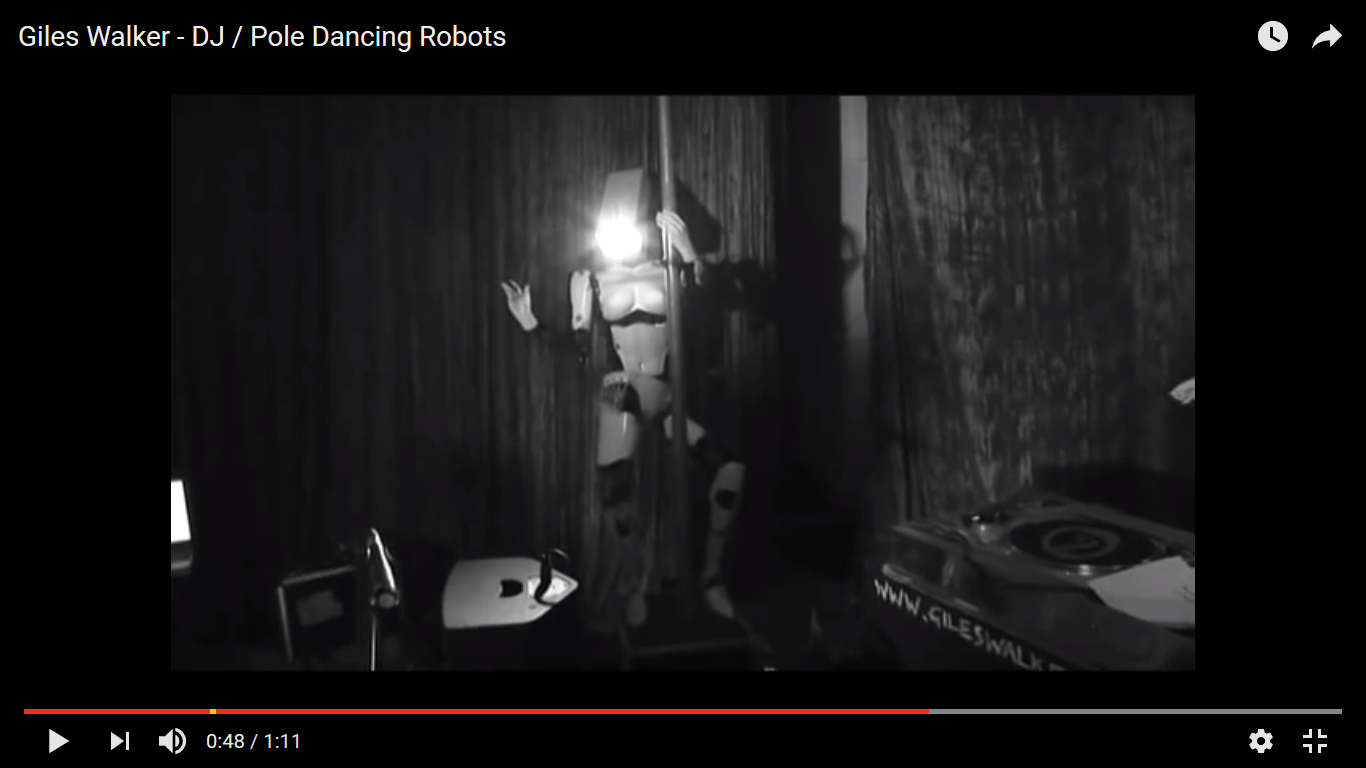 Creating latex outfits, some would say fetish clothing, certainly ‘alternate’ pieces, we come across a great variety of people wearing what they wear, as much for play, as for work. From models cavorting across music videos to a super villain bending the comic world to her will to even a stripper manning a pole, we are as much interested in what someone might wear when it comes to their wardrobe (whether we have made that wardrobe or not) as what that person might do that shows off or employs that wardrobe. In the case of Giles Walker’s computer-controlled stripper robot, the lady in question isn’t wearing so very much, but what she is doing is interesting…as well as it might just be making quite the comment on society.

Built from mannequin parts, with a CCTV camera for a head, Walker, a British artist, hires out his creation at $3,100 for a single appearance at an event (he first showed ‘her’ at the recent Australian “Sexpo” trade show). The artist also claims that with this invention he was not only interested in creating a piece of sexy piece of art but was as interested in exploring the “relationship” between stripper and audience, by employing the very popular security device, the CCTV camera, as it grew in prominence in his home country. Claiming his stripper is more sculpture that robot, Walker’s invention employs window wiper motors to move his invention’s body parts, parts that are made of a metal armature, all enclosed in simple mannequin body parts cut and resprayed.

Walker’s biggest animatronic figures installation to date was when he figured 13 life size figures of Jesus and his disciplines in a sculpture of The Last Supper. He will recreate and show this piece as a museum exhibit at The London Science Museum in March 2017. You can see a video of the stripper robot here.