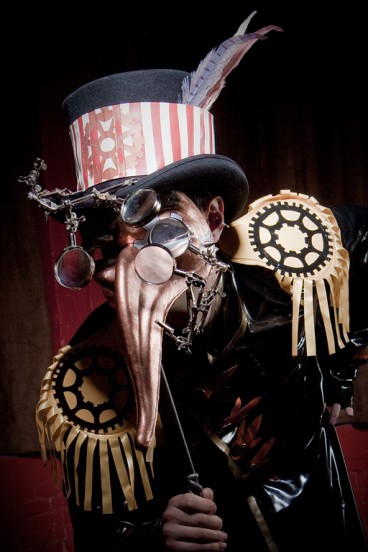 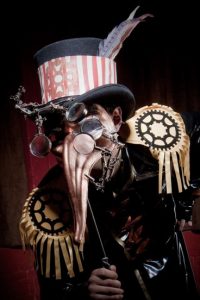 Not that any of us would have any doubt how popular cosplay is to both the mainstream world, as to us latex clothes lovers. But Sexpo Australia’s first cosplay competition was such a smashing success, the event’s organizers plan to add the event to the winter Sexpo, Nov. 24-27 in Melbourne.

Held ‘down under’ just this past month (May 12-15th actually) the “Sexpo Health and Sexuality Lifestyle Expo” is a leading consumer exhibition for the adult industry. This year was the first where cosplay enjoyed such specific attention (although to be sure at any event of this kind you are sure to find plenty of folk dressed in costume and other alt. wear) and it seems the costumes, props and character roleplaying were a rousing success.

Event manager of the Sexpo, Bentleigh Gibson said that cosplay fits in well with the lively, safe and sex positive atmosphere Sexpo, the world’s longest running adult exhibition, promotes. Dressing in often hand-rendered costumes, revealing copious amounts of skin; enjoying the look, smell and feel of PVC, leather, latex and rubber clothing; showing-off props and various accessories that took months to create; acting the part of beloved characters (or wholly made up one’s) from movie, comic, and gaming, it’s not surprise to those of us in the know that cosplayers would have been as popular as they turned out to be. Yes, there is lots to compete with at a sprawling event like Sexpo, but it looks like the fantasy dress faithful had their day in their self-made cinema wardrobes, comic character re-creations, anime styles, steampunk and gaming couture.

Seeing as cosplay is as popular at a Comic-con as now at a Sexpo, one need wonder where next might we see a costumed cutie or well-muscled hunk in a superhero one-piece?

Based on Sexpo Australia’s success, Sexpo South Africa will host its first cosplay competition during the show’s run Oct. 27-30 in Johannesburg.