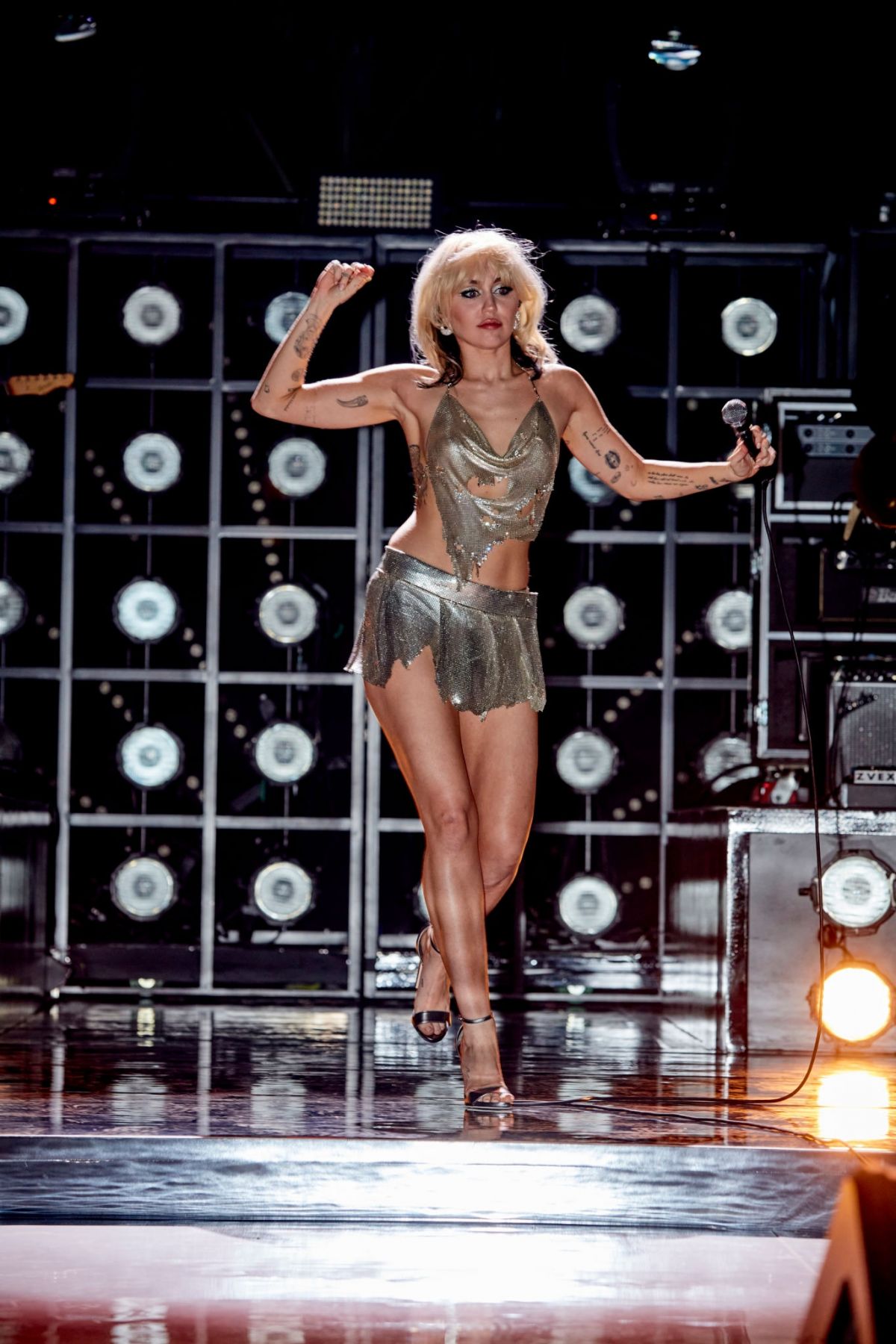 One week, one star, a whole bunch of great wardrobe looks; when Miley Cyrus hit New York City last week for NBC’s “Upfronts,” announcing her Miley’s New Year’s Eve Party for this year, she showed off some spectacular “vintage” couture (none of it latex though).

Of course, the word vintage is subjective, most of these looks were from the late 90’s and 2000’s. Still Miley showed off some amazing looks. From a black John Galliano camisole dress, that seemed to display that seemingly new buzz-word tag of being “negligé inspired,” to hitting the Pam Anderson-led “Chicago” in a start-of-the-century gold Dior sporting a leopard print-shaped sequin display to stepping round town in another Galliano-era ensemble, this one a red dress. Then she made her appearance later that same day on Seth Myers’ show in a peach-colored Alexander McQueen from 2004.

At her final NYC outing, for a performance at the afore mentioned NBC Upfronts, Miley wore a 90’s Little Black Dress from Chanel.

One could argue that our modern-day divas—Katy Perry, Lady Gaga, Megan Thee Stallion to name only a few—are our fashion influencers even more so than the models we see walking runways on a regular basis. Surely, when a Dua Lipa or Janelle Monáe wear some fantastic new fantasy fashion or step out even in the most modest pair of latex leggings, we all stand up and take notice (and rest assured we will always point out the moments when latex is seen!) We don’t even need to spin over to YouTube for some fanciful sexy new video or catch one of our stars on stage at a broadcast like the just passed Billboard Music Awards (where certainly Doja Cat certainly wowed in her scoop topless Schiaparelli Haute Couture gown with gold nipple pasties) to see some of the very brightest and best fashion.

One can just follow Miley Cyrus around New York City for a week and be sufficiently wowed.